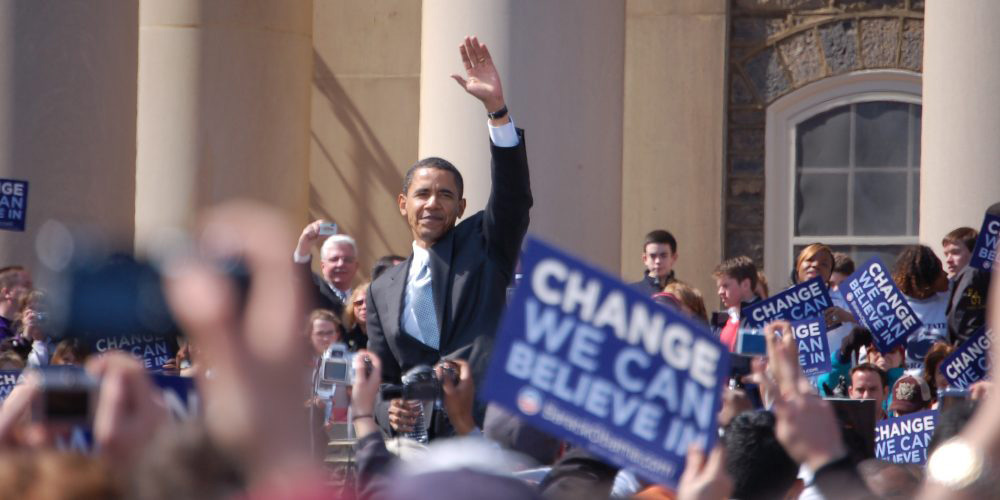 Mature Leadership: On Bending the Arc

Shortly after Barack Obama won the 2008 Iowa caucuses, I wrote a blog post entitled Toward a Mature Politics that began with the Kantian idea that enlightenment requires us to relinquish our self-incurred immaturity. Then, as now, I associated petty hyper-partisan politics with adolescence; and I saw in Obama’s candidacy the possibility of a more mature politics.

As President Obama returns again to his role as citizen, I want to pause a moment here to reflect on an aspect of his legacy that has meant a lot to me as someone who has sought over the last eight years to chart path to leadership: his maturity.

Although Kant connects the maturity of enlightenment with the capacity to think for oneself, maturity of leadership involves much more than independent thinking.

Mature leaders are able to listen attentively through the noise of the moment so as to discern how best to put values into practice; they are able to distance themselves from their own cathartic reactions in order to consider what the situation requires. There is a stillness in maturity, a groundedness that anchors the courage to enact a more just and beautiful world.

A model of mature leadership is what I yearned for in Obama then, and what I am grateful for now.

The change we believed in at the time remains most palpable to me today when I look back to see how much our kids have grown.

Less obvious, however, is the distance each of us have travelled over the past eight years. For me, it has involved the decision to put my educational commitments to the liberal arts endeavor into practice through administrative work first at Penn State, and now as Dean of the College of Arts & Letters at Michigan State, our first two land-grant universities.

This decision was informed in no small part by the hope of which Theodore Parker first spoke before Martin Luther King, Jr. refined it and Barack Obama wove it into Presidential politics. Parker, a 19th century Unitarian minister and abolitionist, put it this way:

Look at the facts of the world. You see a continual and progressive triumph of the right. I do not pretend to understand the moral universe; the arc is a long one, my eye reaches but a little ways; I cannot calculate and complete the figure by the experience of sight; I can divine by conscience. And from what I see I am sure it bends toward justice. Things refuse to be mis-managed long.1

Taking up this idea, King distilled it to its essence when, in his 1956 Statement on Ending the Bus Boycott in Montgomery, Alabama, he said:

The arc of the moral universe, although long, is bending toward justice.2

Expanding the idea yet further in an April of 2008 speech entitled “Remembering Dr. Martin Luther King, Jr.,” Obama emphasized that the arc of the moral universe does not bend on its own:

You know, Dr. King once said that the arc of the moral universe is long, but that it bends toward justice. But what he also knew was that it doesn’t bend on its own. It bends because each of us puts our hands on that arc and bends it in the direction of justice.

These three articulations themselves arc over a 150-year history that ties the Civil War to the Civil Rights Movement to the election of the first African-American President of the United States.

But even as we celebrate the justice toward which this arc undeniably tends, maturity requires us to remain vigilant, for the facts of the world teach us that the bending is not as smooth as the eloquence of the formulation leads us to believe. And yet, without the eloquence and the hope that a more just world is possible, maturity, for all its sobriety, will remain unable to chart a course toward a more perfect union.

So, if “things refuse to be mis-managed long,” mature leadership will be needed to bend the arc yet further. A commitment to that endeavor is the most enduring of Obama’s legacies, and the most urgent of our responsibilities.