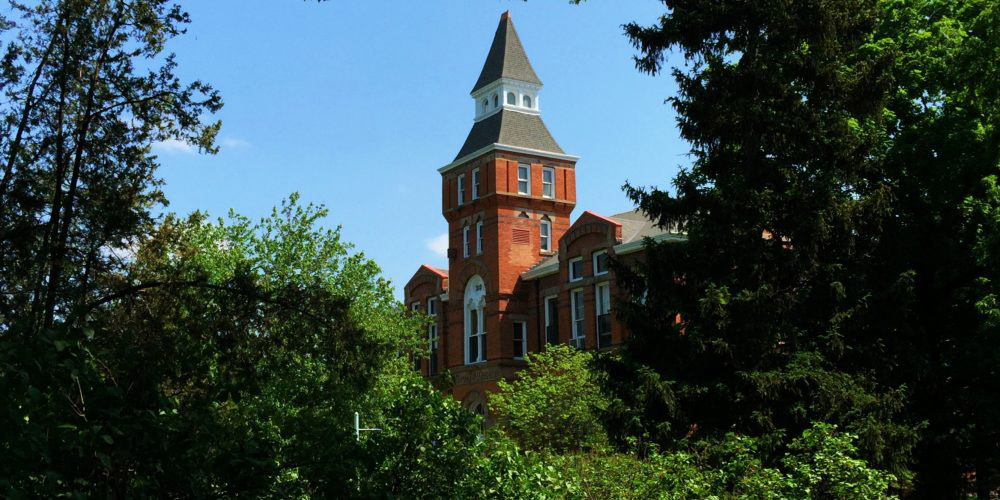 With the announcement that I would be recommended as Dean of the College of Arts and Letters at Michigan State, Val, the girls, and I entered a liminal space.

I have long be drawn to the idea of the liminal, that dynamic space of ambiguity characteristic of transitions, but to conscientiously inhabit a liminal space is an altogether difficult endeavor.

The reactions of our daughters when we told them about the job offer poignantly embodied the tensions endemic to the liminal moment. ArtGirl exploded with enthusiasm; DancinGirl crumpled in despair. For one, the moment was rife with possibility, for the other, it was shot through with anxiety. For one it offered an opportunity to begin anew, for the other, it meant leaving the place she loved most in the world. My heart swelled…and broke.

As Val and I celebrated with one and consoled the other, I realized that these two remarkable young women were, each in her own way, somehow together eloquently articulating my own deepest reactions to this transition.

I must have first been introduced to the idea of the liminal by my grandfather. Russell E. Long loved words almost as much as he loved ice cream. One evening, after a very large dinner, we considered the possibility of going out to the Shoe House for ice cream.

I was stuffed and uncharacteristically disinclined to go, but Grandpa would not be denied: “The great thing about ice cream,” he said as he grabbed the keys to the car, “is that it just slips into the interstices.” As we were heading out, he explained that an interstice was a small space or interval between things and that there was always room for ice cream because it slipped into those little spaces between the food even in a full belly.

However questionable the biology, I didn’t argue with the logic, and I have sought ever since to be attuned to the dynamics of those spaces in-between.

But if it was my grandfather who introduced me to the idea of the liminal, it was my parents who taught me how to inhabit liminal spaces. With their divorce, my brother and I grew up moving through the liminal space between them, living for two weeks with one, then for two weeks with the other. We became amphibious, capable of living in and constantly moving between two worlds.

As a scholarly idea, the liminal came into focus in the work of Victor Turner, a University of Chicago anthropologist, who developed it in a seminal 1964 paper entitled “Betwixt and Between: The Liminal Period in Rites de Passage.” 1 That essay drew on the work of Arnold van Gennep, who had articulated in Rites de Passage three phases that mark rituals of transition: detachment, margin, integration. The marginal phase was called “liminal,” from the Latin, “limen,” or “threshold.”

Turner articulates the peculiar economy of the liminal this way:

Liminality may perhaps be regarded as the Nay to all positive structural assertions, but as in some sense the source of them all, and, more than that, as a realm of pure possibility whence novel configurations of ideas and relations may arise. 2

This formulation nicely captures the dimensions of fecundity and loss endemic to liminality. In the “Nay to all positive structural assertions,” we hear the loss that made DancinGirl crumple in despair; in the “realm of pure possibility,” we hear the fecundity that made ArtGirl explode with enthusiasm.

No longer at Penn State, not yet at Michigan State, we inhabit a liminal space that invites us to settle into the ambiguity of things. It is a realm of uncertainty and possibility, of nostalgia and anticipation, a moment to reflect on what has been accomplished and on what remains to be done. Here some things are in our control, others out of it. Learning to recognize the difference and to accept it is, as Epictetus taught long ago, the way “to go on well” in a liminal space. 3

Text of the Morrill Act

Oddly enough, cultivating the habits of living that enable us to settle effectively into such liminal moments is what connects the two sides of this transition. What has animated my work at Penn State and motivates my move to Michigan State is a deep and abiding commitment to their shared land grant mission to “promote the liberal and practical education” of citizens.

Although the land grant mission is often identified with the practical side of the educational endeavor, that is, with the agricultural and STEM fields that contribute so much to our ability to survive and thrive in complex, interconnected environments, the land grant mission is, in fact, rooted in those humanistic and aesthetic capacities that enable us to navigate liminal spaces in ways that enrich the world we share.

Chief among these capacities is ethical imagination. Rooted in empathy, the capacity to identify with the feelings and situation of another, ethical imagination asks yet more of us; it requires us to cultivate habits of thinking and living that enable us to envision new possibilities for more meaningful and fulfilling relationships with one another, and it enjoins us to find ways to put such possibilities into practice.

Promoting the liberal and practical education of citizens requires us to teach and learn how to conscientiously inhabit liminal spaces. Cultivating those habits of thinking and acting that enable us to settle conscientiously into ambiguity and to open ourselves to new possibilities without denying the one or limiting the other is the heart of the land grant mission.

Of course, writing about habits is one thing, putting them into practice is quite another. For now, for us, inhabiting this liminal moment means being present to and patient with one another as we settle intentionally into the ambiguity and possibility of things.