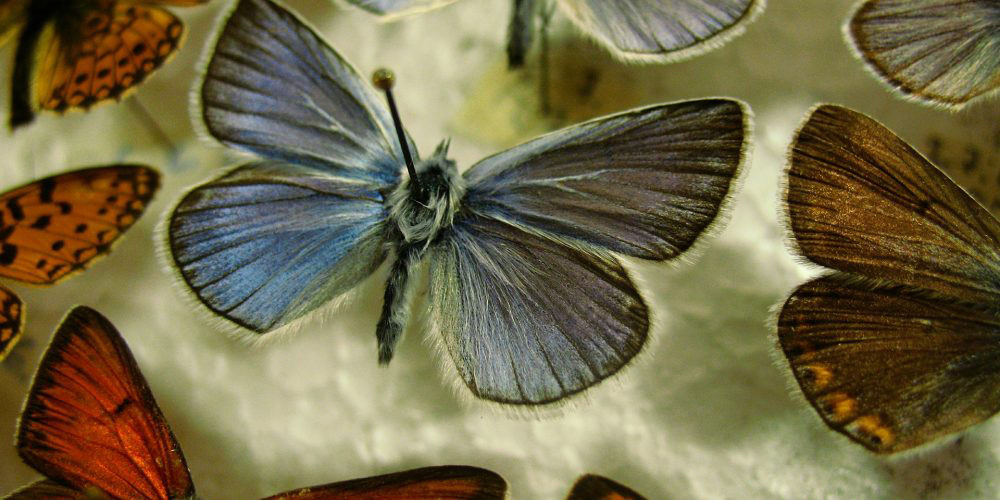 In the winter of 1988, during my freshman year at Wittenberg University, I took Professor Warren Copeland’s Introduction to Ethics: Racism course. This course and its sister, Advanced Ethics: Racism, which I took the following winter, were two of the most transformative courses of my liberal arts education.

What struck me then and has remained with me since is the idea that as overt structures of racism become increasingly unacceptable, as explicitly racist systems like slavery and segregation are dismantled, the problem of institutional racism becomes increasingly more difficult to address, because it seeps under the surface of our shared civic and cultural lives.

In the Advanced Ethics: Racism course we read Confronting the Color Line by Alan B. Anderson and George W. Pickering. I recall with some clarity being taken aback by what I thought then was a bold and provocative idea: that racism was like a kind of religious faith in America; that just as systems of faith help us navigate our way through a complex and confusing world, our basic racial prejudices determine and legitimate the ways we move through our lives and respond to one another.

This is how they put it:

To speak of the color line as a kind of faith is to call attention to race as the fundamental lens through which the world comes into focus for us in the United States. Our faith in the color line shapes our relationships with one another even and especially when that faith operates under the surface of things. It is, ultimately, a faith rooted in what Anderson and Pickering call “racist realism,” a belief that racial discrimination is ineliminable and racial justice impossible.

Surely the events in Ferguson, on Staten Island and in Brooklyn are enough to bring out the racist realist in us all. From here, the hope so many of us felt at the election of Barack Obama seems as misguided and naive as those self-congratulatory proclamations of a “post-racial America” seemed even then.

In the wake of the deaths of Michael Brown and Eric Garner and of NYC police officers Wenjian Liu and Rafael Ramos, those early undergraduate courses in the complexity of racism in America have shaped my response and called me back to the work of James Baldwin.

If the color line continues to be an abiding faith in America, woven as it is into the very fabric of our history, Baldwin charts a course between the naive belief in the dissolution of the color line and the well-earned pessimism of racist realism.

That path begins, always, in the place in which we historically conditioned creatures find ourselves. This is how he puts it in his 1965 essay “White Man’s Guilt,” published originally in Ebony:

My point of view certainly is formed by my history, and it is probably that only a creature despised by history finds history a questionable matter. On the other hand, people who imagine that history flatters them (as it does, indeed, since they wrote it) are impaled on their history like a butterfly on a pin and become incapable of seeing or changing themselves, or the world.

The simile calls our attention to something fragile but living that now is dead but held up as something beautiful and untouchable. We white Americans are pinned by our own history.

This is the place in which it seems to me most white Americans find themselves. Impaled. They are dimly, or vividly, aware that the history they have fed themselves is mainly a lie, but they do not know how to release themselves from it, and they suffer enormously from the resulting personal incoherence. (“White Man’s Guilt” from The Price of the Ticket, 410–1).

The incoherence is not merely personal, of course, but societal, as our attempts to come somehow to terms with the deaths of Brown and Garner and officers Liu and Ramos painfully remind us.

The inability to come to terms with one’s own history a sign of immaturity. It is the immaturity of which Baldwin speaks in his essay “The Dangerous Road Before Martin Luther King,” published in Harper’s Magazine in 1961:

King is entirely right when he says that segregation is dead. The real question which faces the Republic is just how long, how violent, and how expensive the funeral is going to be; and this question is up to the Republic to resolve … The sooner the corpse is buried, the sooner we can get around to the far more taxing and rewarding problems of integration, or what King calls community, and what I think of as the achievement of nationhood, or, more simply and cruelly, the growing up of this dangerously adolescent country (The Price of the Ticket, 247–8).

The corpse of segregation may be buried, but it haunts us.

Its specter cannot be dispelled even by the eloquence of the 2009 Inaugural Address of the country’s first elected African American President:

On this day, we come to proclaim an end to the petty grievances and false promises, the recriminations and worn-out dogmas that for far too long have strangled our politics. We remain a young nation. But in the words of Scripture, the time has come to set aside childish things. The time has come to reaffirm our enduring spirit; to choose our better history; to carry forward that precious gift, that noble idea passed on from generation to generation: the God-given promise that all are equal, all are free, and all deserve a chance to pursue their full measure of happiness (Obama, 2009 Inaugural Address).

The grievances and false promises remain; the dogmas may be worn-out, but they are deep-rooted and ingrained. The color line, as a faith, abides.

And yet, Baldwin does not leave us with the false dichotomy between naive hope and racist realism; his is a kind of sober optimism that challenges us to face squarely our worst history in order to create a better future that recognizes the continuing power and efficacy of that racism long woven into the fabric of our country even as it works to dismantle it systematically.

In his 1960 address, Notes for a Hypothetical Novel, Baldwin puts it in terms that are as poignant today as they were then:

There is an illusion about America, a myth about America to which we are clinging which has nothing to do with the lives we lead and I don’t believe that anybody in this country who has really thought about it or really almost anybody who has been brought up against it—and almost all of us have one way or another—this collision between one’s image of oneself and what one actually is is always very painful and there are two things you can do about it, you can meet the collision head-on and try and become what you really are or you can retreat and try to remain what you thought you were, which is a fantasy, in which you will certainly perish (The Price of the Ticket, 244).

Baldwin’s words, written 45 years ago, remain today a provocation, particularly to those of us white Americans in positions of authority in institutions committed to the transformative possibilities of education.

The seeds of what I learned in those liberal arts courses taken so long ago, have grown into a commitment to meet the collision of which Baldwin speaks head-on by cultivating and supporting educational opportunities that empower students to confront the structures of institutional and historical racism that continue to impoverish our relationships with one another and the world we share.