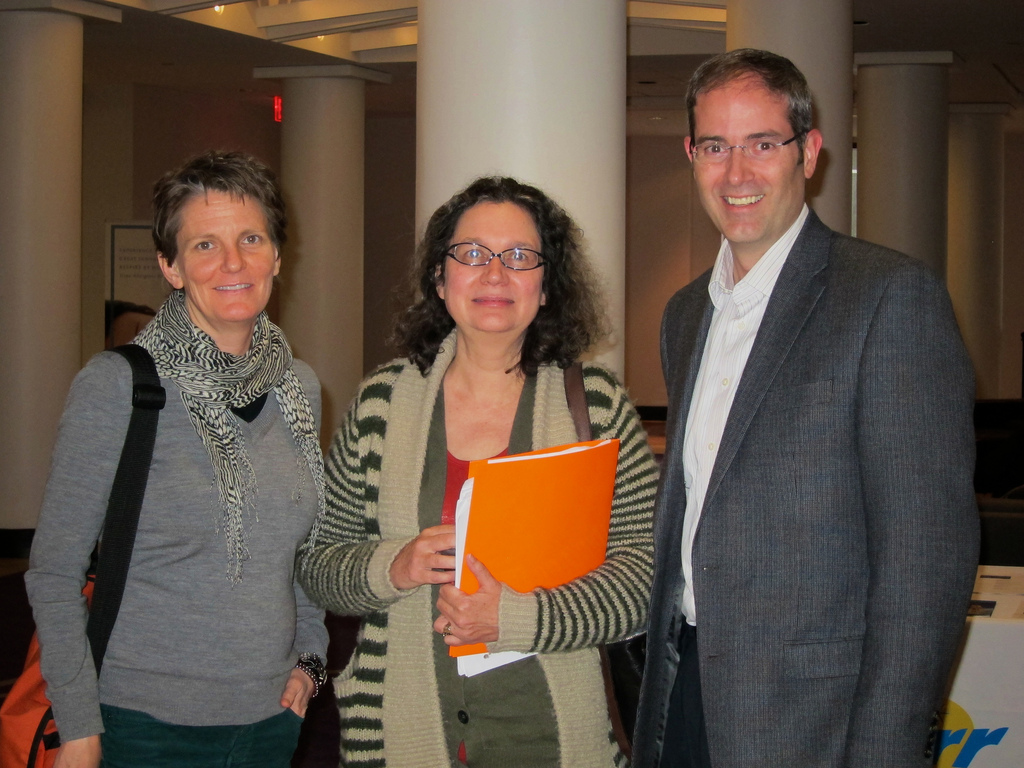 For episode 59 of the Digital Dialogue, I am joined at the 51st annual meeting of SPEP in Rochester, NY by Cynthia Willett and Shannon Winnubst to talk about the paper Cindy delivered entitled “Anarchy and Animal Humor.”

Cynthia Willet is Professor of Philosophy at Emory University, where she specializes in political ethics, moral philosophy, race and gender studies, new critical theories and American social thought. She has numerous publications including three books: Irony in the Age of Empire (Indiana, 2008); The Soul of Justice: Social Bonds and Racial Hubris (Cornell, 2001); Maternal Ethics and Other Slave Moralities (Routledge, 1995).

She has been a long time member of SPEP and served a term as co-director of the society. She is also, I must add, an esteemed alumna of the PhD program in Philosophy at Penn State.

Shannon Winnubst is Associate Professor of Women’s, Gender and Sexuality Studies at the Ohio State University. Her work currently inquires into the conceptual transformations of social difference and ethics underway in the social rationality of neoliberalism, especially as diagnosed by Foucault in his 1979 lectures. She has numerous publications in queer theory, race theory, feminist theory, and twentieth century French theory, including a book entitled Queering Freedom from Indiana University Press, 2006.

She commented on Cindy’s paper and joined the Digital Dialogue to talk further about Cindy’s work.