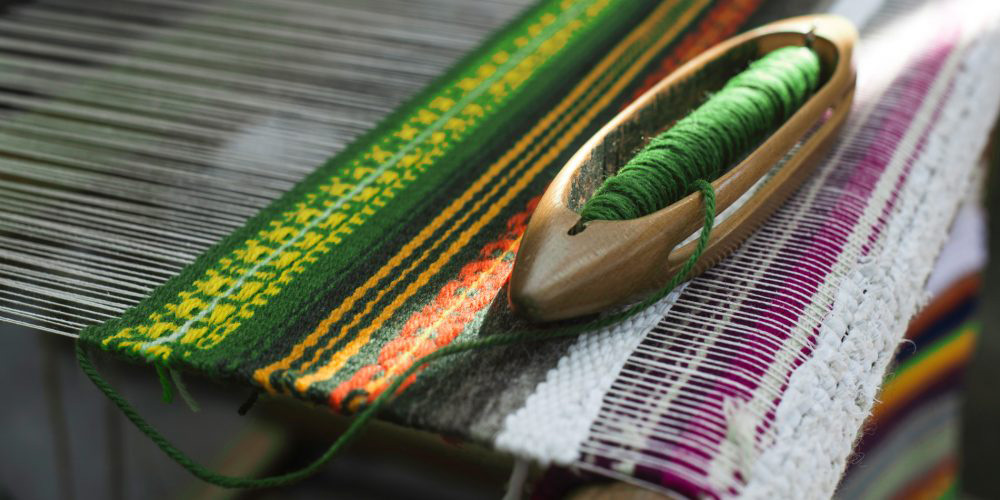 Late last month, the faculty on the College Advisory Council (CAC) gave me a writing assignment. In preparation for our Fall 2017 faculty meeting on November 17, they asked me to take a step back from the updates on priorities, imperatives, and initiatives that have occupied our more recent faculty meetings, to articulate a broader vision of the College of Arts & Letters in the 21st century mission of Michigan State University.

In asking me to consider more carefully and voice more clearly why we are doing what we do in the context of this broader educational mission, the CAC has done what great educators in the liberal arts tradition require us habitually to do: reflect upon and weave meaning into the fabric of our shared lives.

This is the context from which this text begins, and already we have arrived at a preliminary response, for the assignment requires the production of a text in response to a request for meaning; and this activity, identified already as a kind of weaving, animates the life of the College of Arts & Letters in the MSU context.

The word “text” comes from the Latin ‘textus’, that which is woven, the past participle of ‘texere’, which means “to weave, to braid, to join.” At its root is the Proto-Indo-European, *teks, from which English derives words like context, pretext, subtle, technology, and textile. In this, we hear too the Greek word ‘techne’, the art of making, or perhaps better, the making associated with the arts.

We linger over this word because texts matter. They create meaning by undertaking practices of weaving, bringing disparate elements together into a more textured whole.

So let us begin where we find ourselves, here in the MSU context, now as technology reshapes our relationships with one another.

As we emphasized in the 2017 Dean’s Report, the Agricultural College of the State of Michigan faced a critical moment of decision in 1859, when the State Legislature considered reducing the four-year liberal arts curriculum to a two-year program more narrowly focused on farm management. The eloquence of the faculty and students in advocating for the value of a broad liberal arts education won the day in 1861 when the Act to Reorganize the Agricultural College of the State of Michigan situated the liberal arts endeavor at the heart of the mission. The faculty and students recognized then, what we know now: there is no more practical education than a liberal arts education; for it cultivates critical capacities of discernment and nurtures habits of weaving that tighten the fabric of community.

This commitment to a broad liberal arts education was reaffirmed more than 100 years later, in 1962, by a decision to divide what was then the College of Science and Arts into three core Colleges: Arts & Letters, Social Science, and Natural Science. According to the January 22nd, 1962, State News, Provost Paul Miller “called the proposed split an attempt to emphasize the fundamental disciplines in a society where professional schools and institutes are gaining stature.” David Thomas, author of Michigan State College: John Hannah and the Creation of a World University, 1926–1969, emphasized that this move would “allow MSU to put more emphasis on liberal arts at the undergraduate level,” which would facilitate the more holistic development of students in their relationship to modern society.1

On its surface, it may seem counter-intuitive to break up a large College of Science and Arts as a strategy by which to emphasize and advance the liberal arts; but this division, and the assignment of an intellectual leader of each core College, enables precisely the kind of interdisciplinary weaving that adds liberal arts texture to the education and research mission of the University.

As the primary texts of Michigan State University, the core colleges are well positioned to weave the values and practices of the liberal arts more tightly into the student, faculty, and alumni experience.

The College of Arts & Letters has long embodied these practices of weaving in our pedagogical, creative, and scholarly activities. But the present moment demands something more of us. This context, saturated by technology, requires a more textured response.

In her book, The New Education, Cathy Davidson recognizes the transformative impact the invention of the Internet has had on human culture, and particularly on the nature of the education our students will need to thrive in a globally interconnected networked world.2 For Davidson, this requires the remaking of the university so that we foster student-centered, active learning approaches that empower our students to advance knowledge within the complex contexts in which they find themselves, drawing upon the expertise they have cultivated in the information-rich world they inhabit.

As students attempt to chart meaningful lives in a world in which information is widely accessible but its significance remains ambiguous and elusive, the virtues of a liberal arts education gain in urgency.

We have spoken of these virtues before, but we return to them again here as we chart our path forward. They include: the ability to communicate with eloquence, embrace diversity with grace, perceive globally with imagination, and respond to complexity with nuance. The core habits that enable us to put these virtues into practice, to weave them into our pedagogy, research, and creative activity, include attentive listening, critical discernment, and ethical imagination.

Don’t confuse ethical imagination with empathy. Although empathy is a necessary condition for ethical imagination, it remains too subjective a feeling. Ethical imagination requires more us. It must be nurtured by attentive listening if it is to first become empathy, but it must also draw upon our capacities of critique in order to enable us to discern new possibilities for a more just future within the context in which we find ourselves.

Ethical imagination gives texture to the responses we in the College of Arts & Letters must undertake in the present moment as emerging technologies reshape the world and our relationships with one another in it. In this, we return to ancient capacities of what the Greeks called ‘kairos’, the abilities to respond with the right tension, at the right time, in the right ways, so that the texture of our relationships with one another is enriched and rendered more beautiful.

But this remains still too abstract; the moment requires practices of weaving. The second meaning of the Greek word ‘kairos’ suggests as much; for ‘kairos’ also names the “row of thrums in the loom, to which the threads of the warp are attached.” The kairos enables the weaving of warp and weft.

So while I recognize and affirm the need to articulate a broader vision of the College of Arts & Letters in the 21st century MSU mission, the moment demands more of us than a vision. If a great liberal arts education empowers us to disentangle ourselves from the limitations and injustices of our present reality in order to imagine a more just and beautiful future, it must also enable us to weave that vision into the life of the communities about which we care so deeply.

So the assignment the CAC has given me cannot be accomplished simply by stepping back from the priorities, imperatives, and initiatives we are now undertaking; for those very activities are the ways we are weaving the liberal arts into the fabric of the University.

These are the priorities and initiatives that enable us to continue to weave the virtues of the liberal arts into the fabric of Michigan State University.

Let the signature of the College of Arts & Letters be our practices of weaving, embodied in the texture of the texts we create, made elegant and graceful by the depth and integrity of the values that inform them. Undertaking these practices in this moment, shaped by ethical imagination, will enable us to continue to weave the liberal arts into the rich and varied tapestry that connects Michigan State University to the world that so urgently needs the care we can provide.