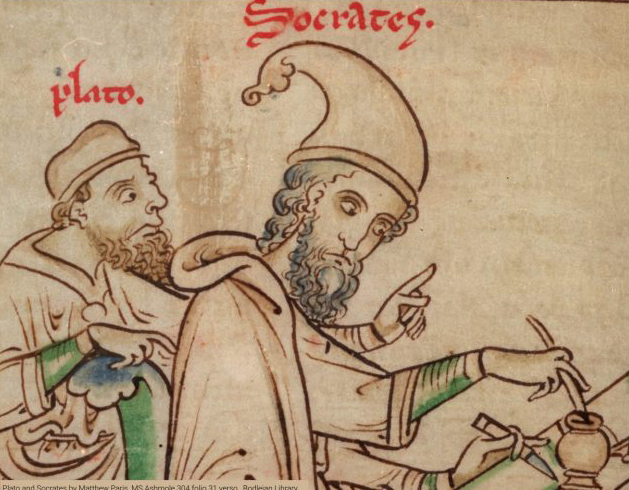 New affordances of digital collaborative scholarship open new opportunities for scholars to collaborate and to engage a wider public.

In this interactive keynote address for the Bucknell Digital Scholarship Conference: Collaborating Digitally (#BUDSC14), I articulate a model of collaborative scholarship in Philosophy that has enabled me to bring undergraduate students and a wider community of scholars into the research that has informed two projects: my interactive enhanced digital book, Socratic and Platonic Political Philosophy, published by Cambridge University Press, and the Mellon funded, Public Philosophy Journal.

The enhanced digital book project is deeply rooted in cooperative pedagogy and scholarship, which takes seriously the social and reciprocal nature of teaching and the research endeavor by inviting students and colleagues to be partners in a shared investigation. Socratic and Platonic Political Philosophy: Practicing a Politics of Reading

Our research into the enigmatic figure of Socrates extended beyond the classroom and led to the development of a model of collaborative scholarship that involves both working with an undergraduate research assistant to help gather and curate secondary sources associated with the main argument of the book, and producing a podcast, the Digital Dialogue, to work through specific but inchoate ideas with colleagues from around the world. These digital dialogues began to shape the content of the book itself, which argues that Platonic writing attempts to do with the reader what Socratic speaking attempts to do with the dramatic characters in the dialogues: encourage them to orient their lives towards questions of what is just and beautiful and good. A central argument of the book is that Platonic writing is capable of cultivating transformative communities of readers. Affordances of new modes of interactive digital publication open the possibility of publishing an enhanced digital book that would be able to cultivate community through a lived reading experience in which readers are invited to share annotations publicly and engage in a wider public discussion with one another and with me as the author of the text.

The second example of collaborative digital scholarship we investigate is the Mellon funded Public Philosophy Journal. Like the enhanced digital book, the @PubPhilJ, is performative: it seeks to embody in its mode of publication the ideas for which it advocates. The Public Philosophy Journal is an ecosystem of scholarly engagement and publication that seeks to do philosophy in and with the public as it publishes at the intersection where philosophy meets issues of public concerns. The PPJ leverages the open and collaborative capacities of digital communications to cultivate a community of scholars engaged in curating, amplifying, and reviewing existing work, while also modeling a collaborative editing and developmental writing process designed to produce rigorous new work related to public philosophy broadly construed. By focusing on these two examples, the keynote attempts to combine concrete practices of effective scholarship with more general suggestions about the wider value of collaborative digital public scholarship.