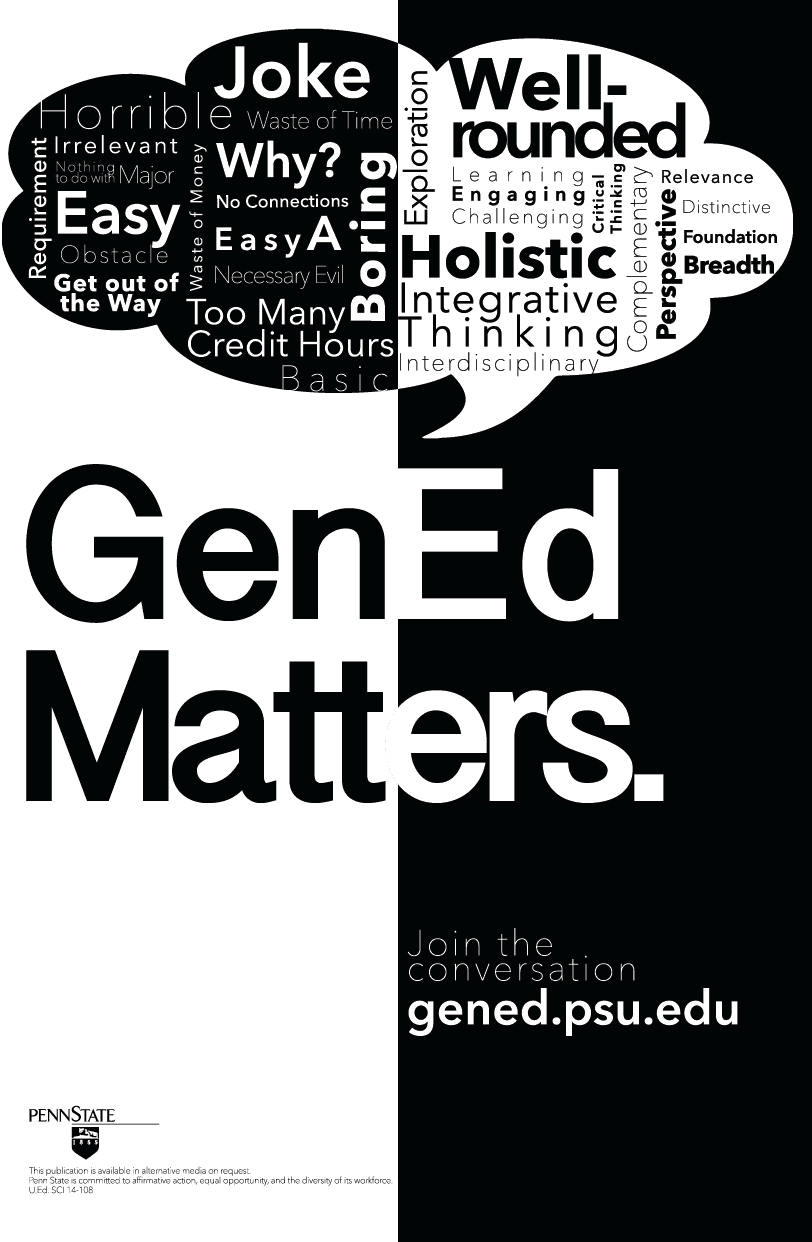 By Christopher LongApril 15, 2014The Administrative Life, The Liberal Arts, The Long Road, The Undergraduate Experience
One Comment

The Information Technology unit at Penn State holds IT Matters breakfasts a few times a year. This semester I joined colleagues on stage to talk about my work and how it intersects with IT at Penn State.

Because we have partnered with Brad Koslek and the TLT Studio to create a dynamic online space of dialogue and conversation about General Education reform at Penn State, they asked me about the PSUGenEd reform process. My 4 minute riff on GenEd, its importance, and how we are trying to change it at Penn State is embedded below.

Our partnership with the TLT Studio has gone some distance in modeling a way of using digital media to cultivate community around an important education reform issue. Because Penn State is a single university geographically dispersed, the GenEd Matters site has become a kind of marketplace of ideas and information about the GenEd reform process. We have sought to include a wide public in these conversations and, as a result, we have received an enormous amount of very helpful feedback on the process and suggestions for the emerging curriculum.

The site is continually being updated, its functionality improved even as we use it to engage in conversation. It’s a little like rebuilding the ship of Theseus as we sail it. Still, it is an intensely collaborative endeavor as we think about how design impacts discussion and how transformative reform can be undertaken in and with a thoughtful public.

You are invited to watch the video and join the conversation.