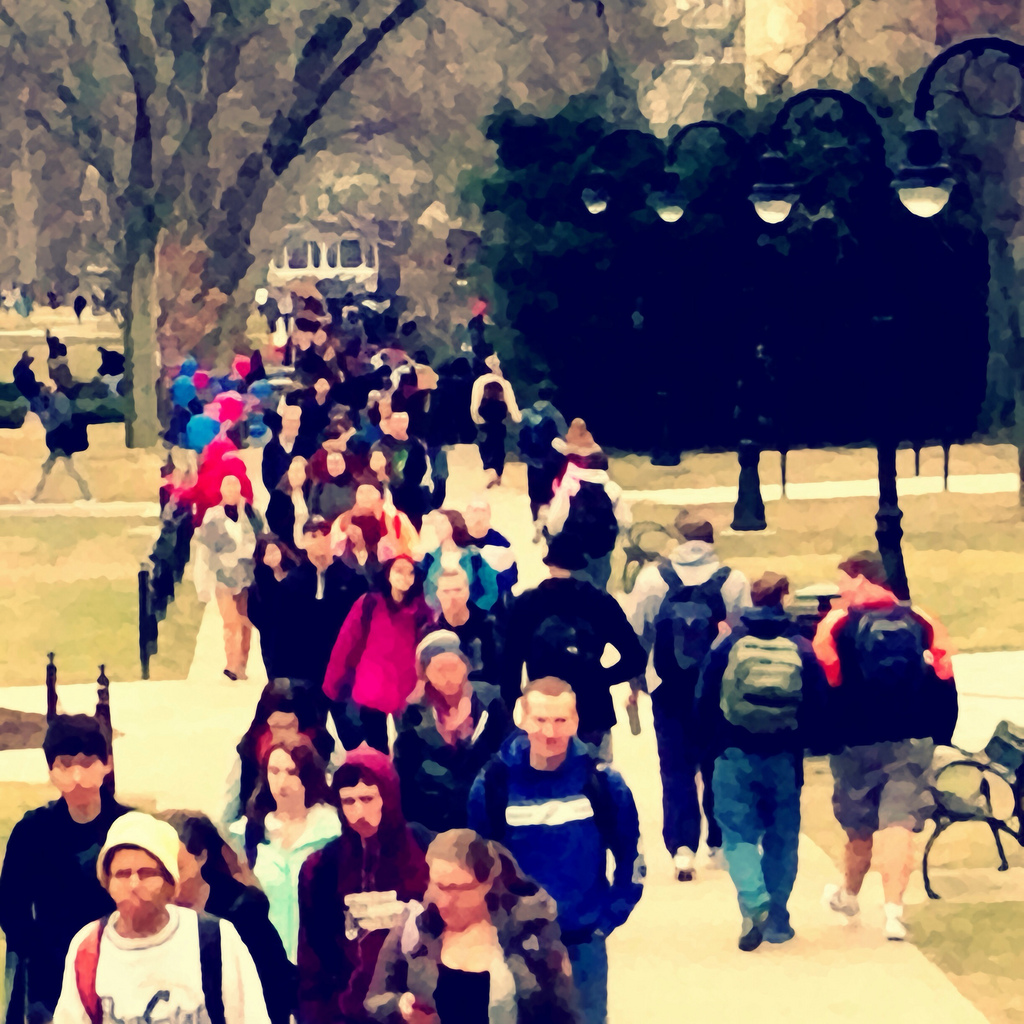 Toward a Deliberative University Public

By Christopher LongNovember 13, 2013The Administrative Life, The Long Road
One Comment

I have always sought to integrate my philosophical commitments into my administrative life.

So, when Noëlle McAfee came to campus to deliver a paper entitled, “Deliberation and the Affective Dimensions of Public Will-formation,” I found myself returning to the question of general education reform at Penn State.

We at Penn State have undertaken the endeavor to revise GenEd at a moment of intense transition in the University, as a new Provost begins, we await word on a new President, and the Faculty Senate seeks to establish more effective modes of shared governance.

Noëlle recognizes that a public constitutes itself performatively in the communicative process of responding to issues of shared concern.

It is hard to imagine a concern more shared than General Education, and harder still to underestimate the degree to which the ways we communicate about it will shape the community that grows around it.

These thoughts were in my mind when I tweeted this during Noëlle’s talk:

The tweet was my attempt, constrained by Twitter’s 140 character limit, to articulate something of the affective nature of public will-formation. Noëlle herself put it this way:

… the process is not solely a cognitive one but also an affective one that calls for the public to engage in imagination and the work of mourning. 1

We often tend to think of public decision making as a cognitive matter of marshaling the best arguments for a given position. But Noëlle rightly reminds us that developing a shared public will is deeply affective — it involves emotions, deep seated commitments, and loyalties both acknowledged and unacknowledged. Combine this with a university culture that has not habituated itself to modes of communication in which cognitive reasons and emotional affects are both permitted to hold sway in order for a public will to coalesce, and you will be able to discern something of the challenge we face as we attempt to revise General Education at Penn State.

Still, as we undertake this effort, the distinction Noëlle established between “public opinion” and “public will” is worth considering more carefully. Here is how she puts it:

Public opinions are bundles of affirmative and negative attitudes. This is indeed true. And it points to the crucial difference between public opinion and public will. My opinion is my presumption or my statement of what I like or dislike; but my will is what I have resolved to do after I have thought through something and made a choice. 2

Opinions are often unconstrained by shared responsibilities and limited resources, while deliberative choice (which I prefer to the term “will”) requires working through real world constraints on our actions, be they, for example, economic, personal, institutional, or political. Public opinion is the currency through which our political system most often transacts its public business. The politics of mere opinion gives rise to the fractious and demonized factions so characteristic of our current politics.

Developing a communicative strategy capable of cultivating public deliberative choice is far more difficult, but potentially far more powerful. Such a strategy would need to be both rooted in a genuine issue of shared public concern and animated by capacities of ethical imagination.

This returns us to #PSUGenEd. One reason I am sanguine about the possibility of cultivating a deliberative university public around this issue is that so many thoughtful and creative people at the university care so deeply and think so imaginatively about it.

The challenge will be to see if we can establish multiple modes of communication (town hall meetings, twitter conversations, blog posts, face to face meetings, etc.) capable of allowing both cognitive reasons and emotional affects to find expression in ways that enable us to craft a shared vision of General Education at Penn State and come to shared decisions about how to bring it about.

This is difficult work; it involves imagination and, as Noëlle reminds us here and in her book Democracy and the Political Unconscious

Still, if we are able to craft a shared vision of a rigorous General Education curriculum capable of preparing students to thrive in a interconnected global world, one that affords them opportunities to investigate a theme from multiple disciplinary perspectives over the course of their time at Penn State, one that empowers them to explore and discover, and one that is flexible enough to allow them to complete their degree in time to make a real difference in the world, then surely we should be able to make deliberative choices capable of bringing that vision closer to reality.

To do that, however, a university public will need to be constituted by performing the very values of communication and collaboration we seek to integrate into the General Education curriculum itself.