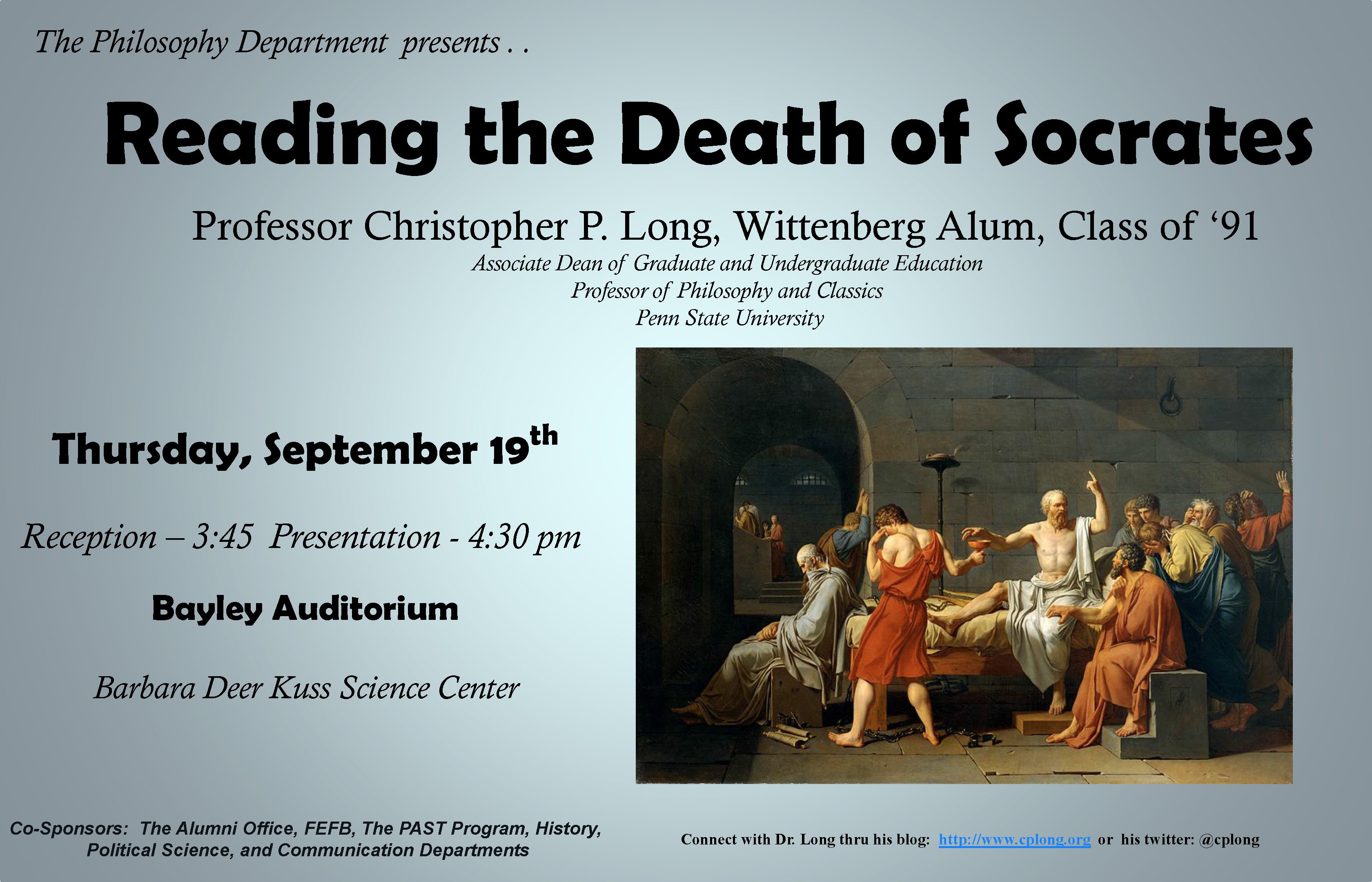 Reading the Death of Socrates

Returning to Wittenberg for the first time since graduating in 1991, I performed an interactive, live-tweeted, lecture on the Phaedo.

I say “performed” here not because I re-enacted the drama of the text – that would turn a tragedy into a comedy. No, the lecture was designed to perform with its audience something of what the paper itself argues Socrates was trying to do with his interlocutors and Plato with his readers: cultivate a community concerned with ideals in the face of the reality of human finitude.

The live stream and recording of the event is available here:

The Phaedo, I argue, is perhaps Plato’s most eloquent political dialogue.

To quote from the paper:

Its eloquence, however, is not heard in the political theories it sets forth or in the dogma it allegedly establishes, but in the way the poignant things Socrates says to and with his friends on the last day of his life are woven together into a written recollection that requires those who enter into dialogue with it not merely to reflect upon, but also to act differently in the footsteps of the words encountered there.

The paper traces the way Kebes and Simmias are themselves transformed by the power of the things Socrates says to them, moving then in the second half to trace the ways Platonic writing attempts to transform the course of the life of the interpreter of the text by showing Phaedo practicing what Socrates calls a “second sailing” with Echecrates.

If politics, for Socrates, is a way of caring for the soul, then Plato has given us a provocative vision of politics in the Phaedo.

This interactive lecture used social media to encourage the active participation of those in attendance and those following online. We used Twubs to curate the hashtag #CpLatWitt.

I created a pinboard on Pinterest to curate the images used in the presentation: