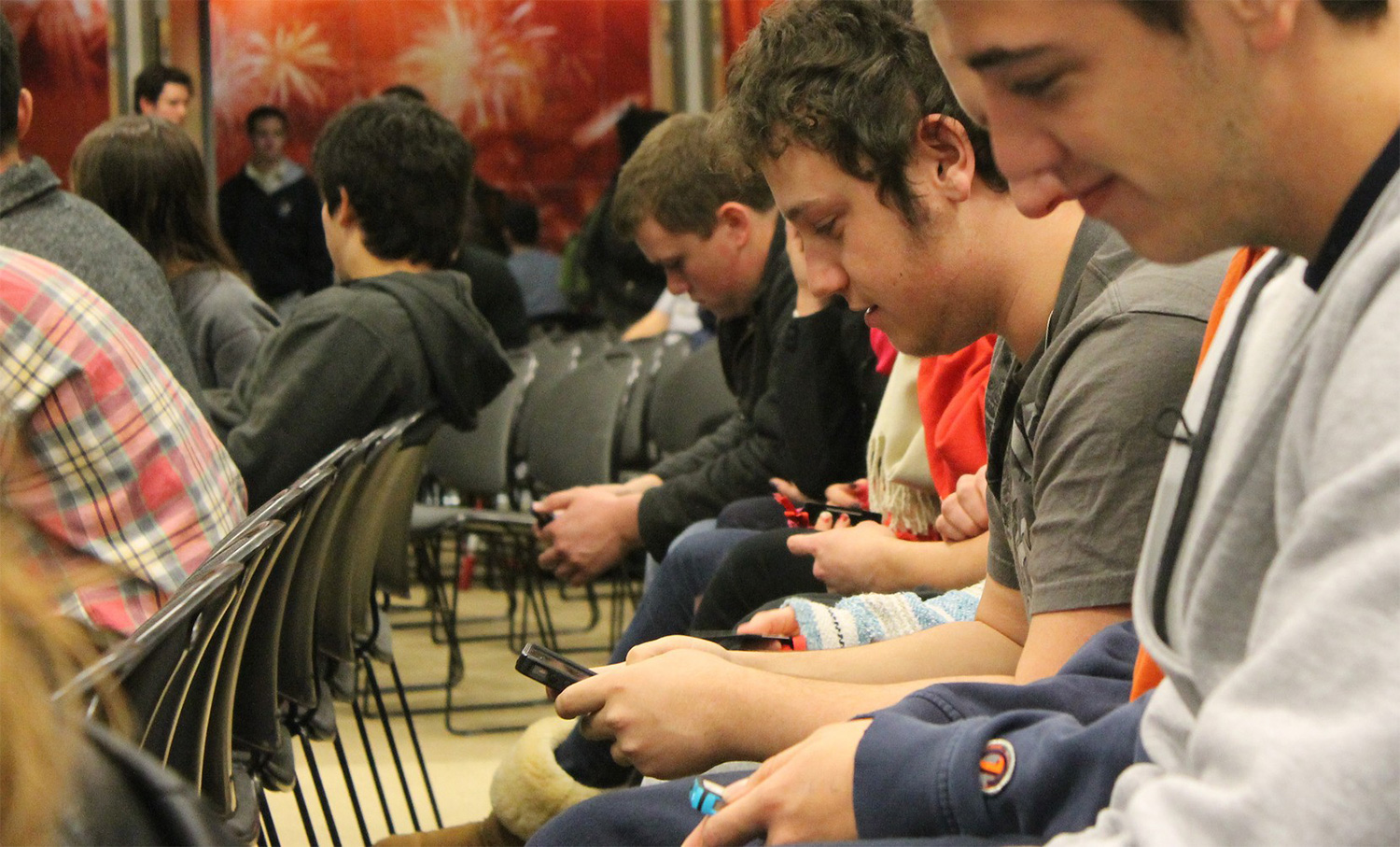 Words do things. What they do, depends on the manner in which they are said, written and received.

What they did, and failed to do, last night is something that requires some reflection.

That is the purpose of this post on my visit to the Catholic University of America to deliver a keynote address to the 2012 freshman class.

When I was invited, I was encouraged to do something innovative and unconventional with technology, so I invited students to use twitter to participate in a shared experience designed to perform the central idea for which I advocated in the lecture:

The real value of a liberal arts education is political because it teaches us how to speak, act and respond to one another in ways that enable us, if we are willing and graceful enough, to create enriching public communities that are the conditions under which a fulfilling human life is possible.

The lecture was designed as a performance in which students would be empowered to actively and publicly engage with the question of the liberal arts and politics so that we might directly experience our shared ability (and inability) to create an enriching public space of community and communication.

The lecture was designed on three levels.

First, the written text was rather traditional. It was organized around Athena’s encounter with the Furies in Aeschylus’s Eumenides. I argued that the story illustrated how our ability to imagine our way into the position of others, particularly those with whom we disagree, is the central virtue of a liberal arts education and the key to establishing healthy and flourishing communities.

Second, I used Keynote to create slides with images and quotations that supported and augmented the points the written text made. These slides were not merely designed to reinforce the written text, but were themselves meant to add value to the lecture by exposing students to a rich history of artwork and imagery about Athena, the Furies, and the judgment of Orestes.

Third, through my keynote slides, I was able to live tweet my own lecture: when a slide appeared, I had pre-written a tweet to go with it. These tweets, like the slides themselves, were designed to add another layer of meaning and texture to the lecture.

To give you a sense of how the images and the tweets were designed, I created a specific Storify just with my tweets and some of the artwork included in the lecture.

A Good Plan and a Calculated Audible

Because I had experience using twitter in front of a large audience of first year students at Penn State that deteriorated quickly once students realized they could tweet snarky comments to a screen that everyone would immediately see, I knew I would need a way to moderate the tweets before they appeared on screen. We used the #cuafye hashtag (Catholic University of America, First Year Experience) to curate the tweets, but we needed a way to filter out those that were immature, overly snarky or otherwise impoverishing of the community we wanted to cultivate.

The plan was to have Taylor Fayle use the @MyCUA_FYE twitter account to retweet only those tweets he felt added value to the conversation. The idea was not to censor students–they would still be able to see anything posted to the #cuafye hashtag on their personal devices. Rather, we wanted to add a layer of review to ensure the level of the conversation reinforced the points the lecture articulated.

We thought we had it worked out too, but about 20 minutes before we started, we realized that the way it was set up would not update and scroll quickly enough to accommodate the tweets we were by then already receiving.

So I called an audible and told Todd to allow the raw hashtag feed to run, knowing full well that the dynamics of the entire lecture would thereby be altered.

It was … and not for the better.

And yet, strangely enough, I think the shared experience was educationally richer, if intellectually and emotionally more taxing.

Here is the Storify of the event with tweets from the students to give you a sense of what happened.

But this doesn’t really capture what was happening in the room. That is partly because students went back and deleted some of the more vulgar and disrespectful tweets (about Penn State, Sandusky, and other immature rudeness). But it is also because the twitter feed did not capture the overwhelming sense of respect and maturity I felt from a majority of students in the room itself. That respect and maturity was felt more palpably in the question and answer period, when we had the chance to reflect upon what we had together experienced.

What we experienced, however, was a failure to use words to create an enriching community. The twitter stream deteriorated quickly into immature snark, and students were not able to pull themselves out of that cycle of immaturity, despite some valiant attempts by some to convince their colleagues to imagine their way into another possibility.

Now, for my part, I knew exactly what was happening, though I could not follow all the posts as they were coming so quickly and I was, after all, trying to speak and tweet my lecture. Still, by calming the students down at specific points, speaking extemporaneously to refocus their attention and by emphasizing the things I had written into the text to invite their generosity and grace, we were able to proceed … for a while.

Then someone of the faculty decided the twitter feed needed to be shut down.

When it was, you could feel the frustration of the students, but you could also feel their attention turned more fully to me, and I was able to finish the lecture in a much more traditional way – with more passively receptive students for the words I was articulating. Of course, students still had access to the live stream on their devices, but not having the feed up on the “big screen” robbed them of a shared experience and thus diminished the allure of the snarky tweet.

The most rewarding aspect of the lecture for me was the question and answer period, because we were able to reflect together on the experience we’d just had. A central point of the lecture was that a well cultivated ethical imagination is required if an enriching community is to be created.

What we experienced, among other things, was a collective failure of ethical imagination. But it is not only that the students failed to imagine their way into the position of a visitor who had travelled a distance to speak with them and who had put a lot of thought and energy into the design of an interactive lecture. Rather, more fundamentally, we failed together to imagine another possibility for ourselves as a community.

Perhaps once I called the audible to allow the raw feed to roll, the die was cast and we were destined to descend to the shallowest expressions of ourselves.

But even so, there was something redemptive about that failure and the opportunity we had to reflect upon it together afterwards. During the question and answer period, we tried to come to terms with what we had experienced: was it right to have the feed pulled? Did that go against the very points I was trying not simply to argue, but also to perform? Were the students treated fairly by requiring that they attend a lecture in which they would be expected to participate freely and in good faith?

And what about the content of the lecture itself? There were excellent questions in this regard; questions that demonstrated without a doubt that many students were not too distracted by the experience to understand at a deep level what I was trying to accomplish.

One does not often have the privilege to reflect so candidly and insightfully with one’s audience about the very dynamics that emerged between us during the performance of the lecture itself … perhaps that elusive, more enriching community began to take root during those shared reflections reflections at the end. Perhaps those roots are continuing to grow as faculty teach into the experience in their classes.

Here, in fact, is an example of what can happen when faculty do just that:

As I think further about it, and as I continue to engage in ongoing conversations with students via twitter about what we experienced, I have come to recognize that the performance of the lecture itself had all the beauty, and all the ugliness, all the hopefulness, and all the disappointment, all the complexity and nuance and texture of all our attempts to enter into public communication with one another in order to establish a more fulfilling community together.

Words do things; and what they are capable of doing depends on our capacity to imagine an enriching life for ourselves and our ability to put that shared vision into words.

An education in the liberal arts is schooling in the beautiful life.