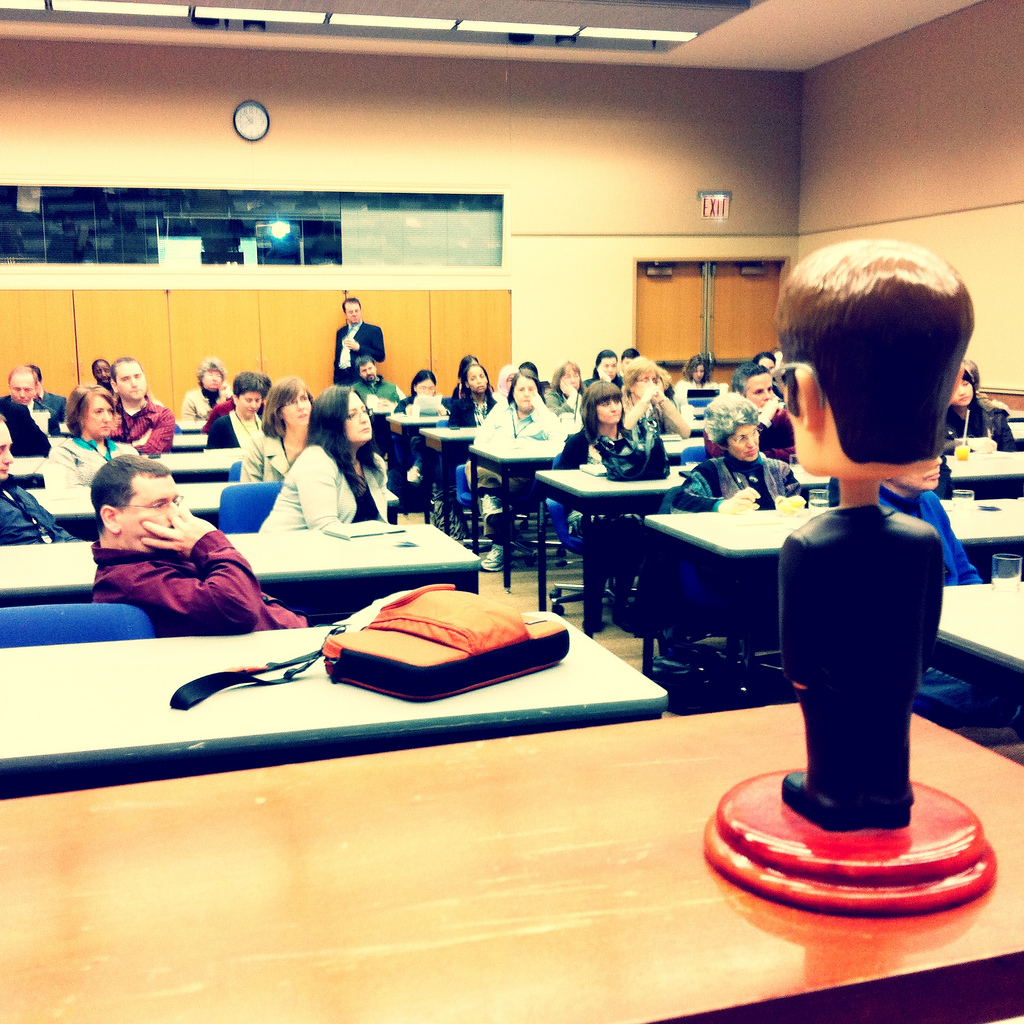 The annual Teaching and Learning with Technology Symposium held yesterday at the Penn Stater had an intensity to it that I had not experienced in years past.

The energy and excitement we felt so palpably are symptoms, I think, of the success we at Penn State have had in theorizing and practicing social media in ways that create an enriching community of education. At the heart of our practice has long been the recognition that the educational power of social media lies in its ability to cultivate dynamic and genuine relationships between students, faculty and administrators.

Yesterday’s conference was eloquent testimony to the degree to which the communities we have been cultivating at the local level are taking root at the University level.

For me, one of the most remarkable moments at the Symposium happened at the very start, during the keynote address by Clay Shirky.  Shirky is widely known for having said: “Institutions will try to preserve the problem to which they are the solution,” a statement Kevin Kelly dubbed the Shirky Principle.

So it was striking that Shirky emphasized that he used to think digital media would transform the academy discipline by discipline as each determined ways to effectively adopt new media technologies for their specific content areas. Yesterday, however, he said he was increasingly convinced that the academy will be transformed institution by institution as administrators become willing, as he put it, to provide “air cover” for faculty on the ground engaging their students through social media.

As Associate Dean for Undergraduate Studies in the College of the Liberal Arts, these words resonated with me. Indeed, they affirmed something I have been attempting to do since taking on this position a year an a half ago.

But Shirky’s point needs further refining, because it is not simply by providing “air cover” for faculty that we will transform institutions of education, but by adopting communicative practices as administrators that are rooted in the recognition that education is a cooperative, social activity.

At this year’s Symposium the Liberal Arts Undergraduate studies office gave a presentation that focused on how we have adopted precisely such a communitlcative practice in an attempt to empower our atudents to give voice to their undergraduate experience in the liberal arts. Geoff Halberstadt, Liberal Arts Undergraduate Council President, has written eloquently about his experience engaging with us in LAUS through digital media. Jillian Balay spoke about her role curating our blogs and podcasts by thoughtfully working with students to articulate their educational experiences in compelling ways. And John Dolan talked about our College wide Teaching and Learning with Technology initiative which is designed to allow faculty to lead the College as we adopt new media practices.

In order to try to capture the spirit of the approach we have undertaken, we put together this fun little video which not only shows students, faculty and staff engaged in a cooperative project, but presents the caricature of an Associate Dean who does not get it, played by an Associate Dean who is trying to understand the affordances and limitations of social media by putting new digital media into practice: