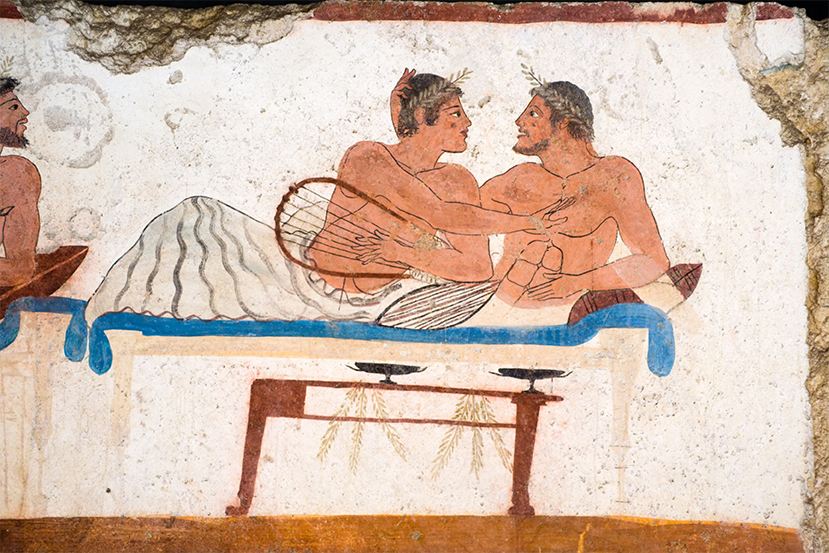 Long, Christopher P. “Is there Method in this Madness? Context, Play and Laughter in Plato’s Symposium and Republic.” In Philosophy in Dialogue: Plato’s Many Devices, edited by Gary Alan Scott. Evanston, IL: Northwestern University Press, 2007.

For modern philosophy, method is designed to set forth objective rules of procedure so as to establish philosophy as a rigorous science. For Plato, however, method cannot be divorced from the contingent contexts in which philosophy is always practiced. While modern method permits no madness, there is madness in Plato’s method.

This article traces three strategies that constitute the method of madness that operates in the Symposium and Republic. The first is a distancing strategy in which Plato systematically distances himself from the content of the ideas expressed in the dialogues in order to provoke the sort of critical self-reflection required for philosophy. The second is a grounding strategy whereby Plato embeds philosophical debate in determinate social and political contexts so as to anchor philosophy in the concrete world of human community. The third is a demonstrative strategy in which Plato models philosophy as an activity intent on weaving a vision of the good, the beautiful and the just into the contingent world of human politics. Together these three strategies function methodologically to show the powerful conception of philosophy embodied in the dialogues.

To read a review of the book Philosophy in Dialogue: Plato’s Many Devices, see the Bryn Mawr Classical Review account written by Rebecca Benson Cain.