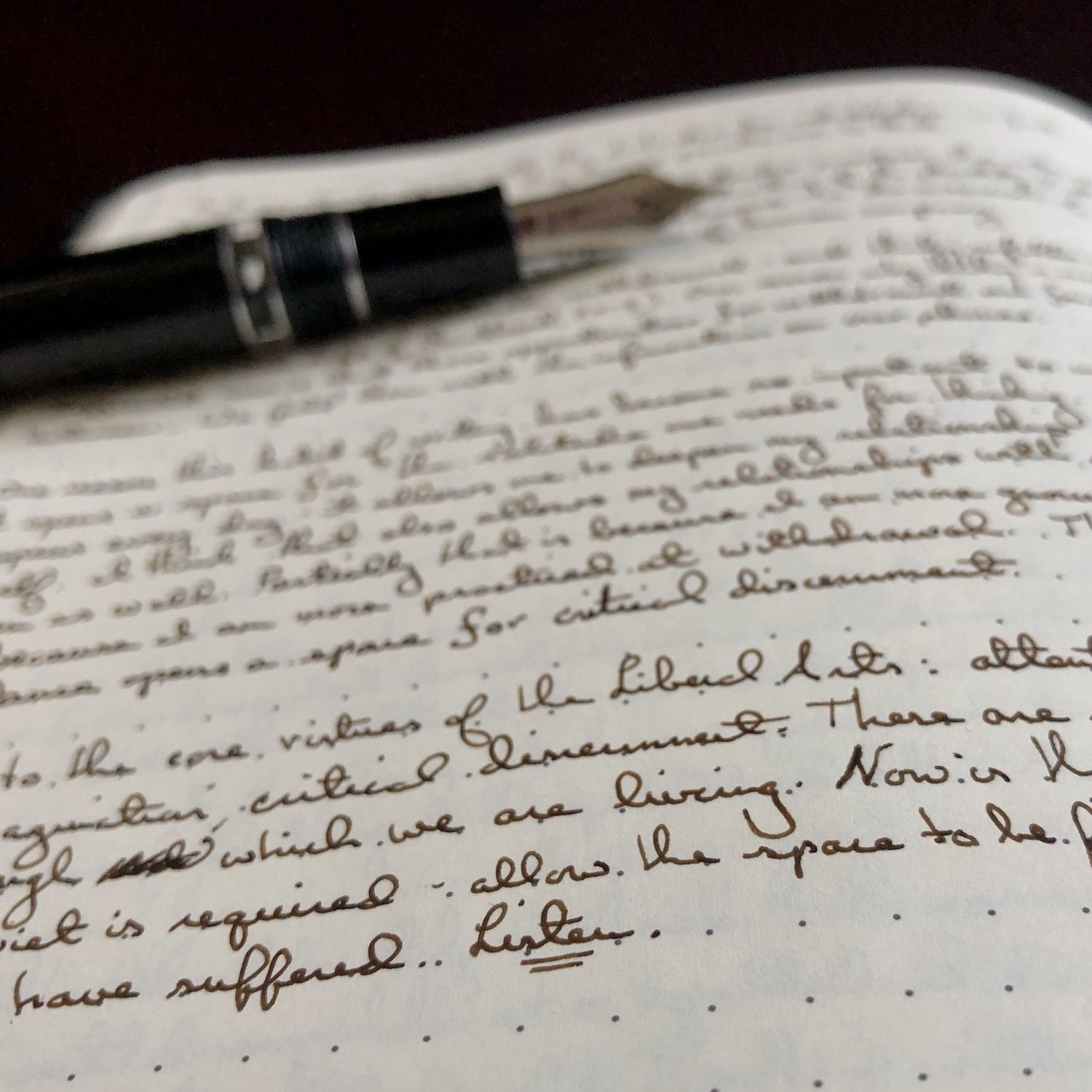 By Christopher LongJanuary 7, 2023Blogging and Social Media, The Long Road
One Comment

A new year brings new calls for a return to personal blogging as an antidote to the toxic and extractive systems of social media. Giving our attention and creative content to major social media corporations has always been a dubious undertaking, although for a long time, that didn’t stop me from adopting Facebook and Twitter early as possible places to build community.

In the early days, my hope was to leverage social media as a space to “cultivate the practices of dialogue in a digital age,” as I used to put it in the introduction to the Digital Dialogues podcast. Over time, however, it became clear that the major social media corporations had other interests. They wanted to leverage my identity and the community I hoped to create to sell our attention to advertisers. Although I was never naïve about their intentions, at some point the balance tips and the values you hope to embody are undermined by the values shaping the platforms that make communication possible.

From the beginning of my engagement with digital media, however, I have sought to embody the principles and values of the indie web, curating and collecting all of my online activity here on cplong.org, where I control the content I create and the platform that makes it public. My colleagues and I in the College of Arts & Letters at MSU have long sought to empower scholars to own their own content by creating domains of their own and by joining scholar-led and -governed community platforms like the Humanities Commons and the MSU Commons.

So, as the new year dawns perhaps it is time for me to return to more routine practices of public writing here on the Long Road Blog. Back in 2015, when I started as Dean of the College of Arts & Letters, I undertook an experiment in public writing designed to share and refine my thinking about issues arising along the way. In some ways, that experiment continues, although my writing here and on the College’s Long View Blog as become less frequent and more formal. The Writing Along the Way tag provides the thread. I’ve lost it a bit along the way in part because I began to focus on a more private writing practice that has proven to be transformative for me.

In October of 2017, I assigned myself a goal to write in my journal every day for a month. As many of you know, I love fountain pens. The tactile experience of writing each day with a fountain pen filled with new and beautiful inks on paper that feels good under the nib has become a quotidian joy. The agreement I made with myself in October 2017, was that if, after a month of daily writing, I began to think of it more as a chore than a pleasure, I would stop. Five and a half years later, my daily writing practice has become a habit that keeps me grounded.

Without diminishing that grounding habit, might I be able to return to blogging in a more intentional, perhaps less formal way this year as the world of digital communication seems to be returning to blogs and RSS feeds? Perhaps I can endeavor to write a post a week—collecting thoughts and ideas along the way in my Obsidian vault of notes, and posting them here to share with you.

Let me return, then, to a practice I never quite relinquished, if only to experience it again as a site of renewal.