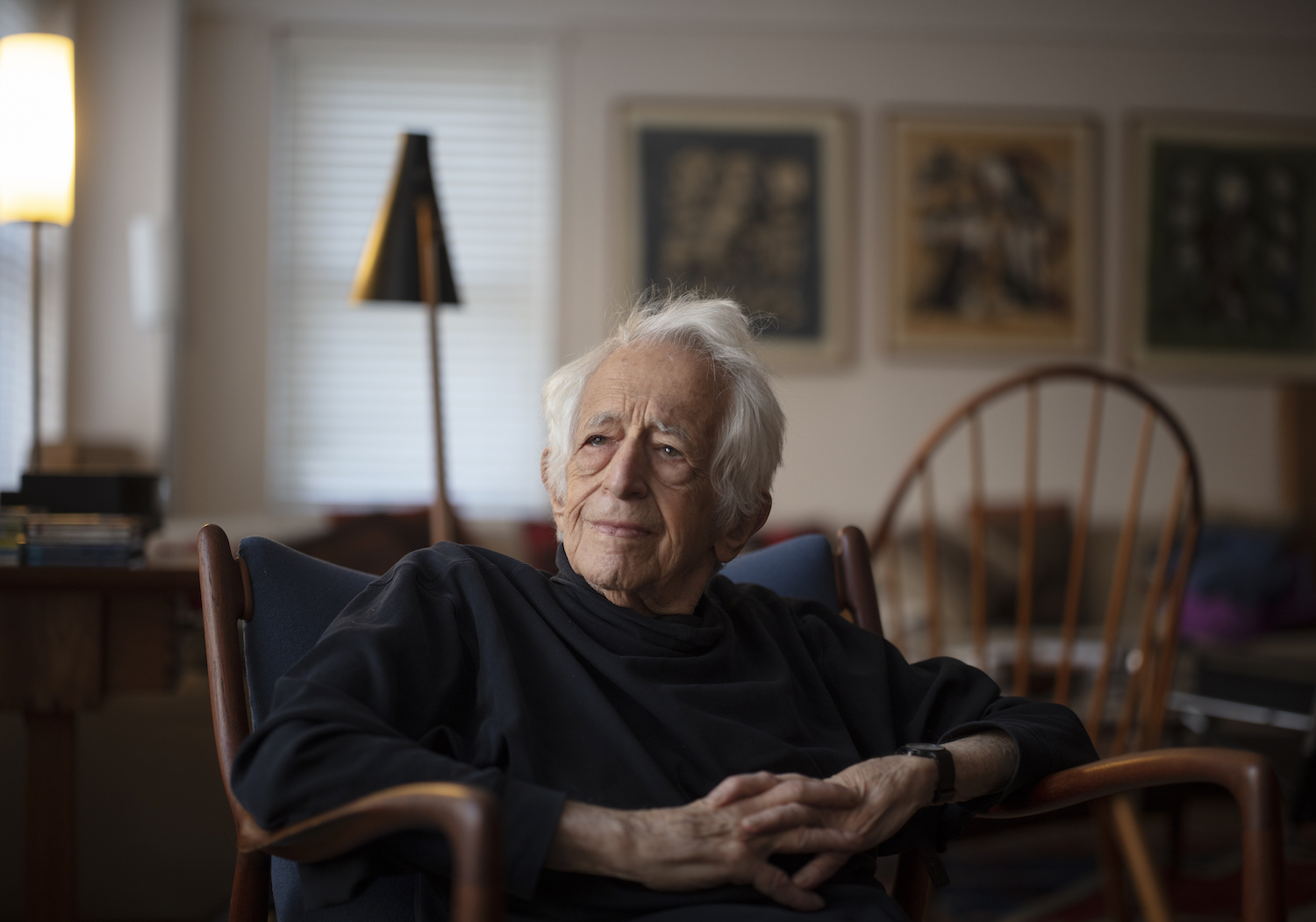 Bernstein and the Future of Democracy

By Christopher LongJuly 16, 2022Education, The Graduate Experience, The Long Road
No Comments

The news came early on July 5 in a text message from my friend Rick Lee: Richard J. Bernstein, our beloved teacher, died on July 4, 2022. In life, Bernstein taught and embodied a commitment to creative democracy rooted in virtues of dialogue. “[T]here is no democracy—in theory or in practice—,” he wrote, “without a democratic ethos.”1 His death comes at a moment of crisis for democracy in America when our democratic ethos has become anemic and in need of revitalization.

When Rick messaged me the news, I was transported back to a seminar room in the Graduate Faculty of the New School for Social Research on 14th Street and Fifth Ave, where my friendship with Rick first began to blossom. Dick was teaching Wittgenstein’s Tractatus, and we were caught up in the joy Bernstein brought to this enigmatic text. There he would sit, white hair in disarray, puzzling over a formulation, pressing us to consider the broader questions the text raised of the limits of language and the desire for clarity, modeling a kind of openness and humility, a serious and playful engagement that was infectious. He drew us into dialogue with the text and one another, pressing us always to be more precise in our thinking even as he warned us against the delusion of certainty.

We were learning not only how to read a difficult text, but also how to orient ourselves toward one another in pursuit of a common commitment to a deeper truth. Although I did not recognize it at the time, Bernstein was modeling a way of doing philosophy animated by “engaged, fallibilistic, pluralism”—a set of virtues central not only to his practice of philosophy, but also to the creative life of democracy.

In his 1950 essay, “Creative Democracy: The Task Before Us,” John Dewey emphasizes that democracy is not so much a form of government, as a task to be practice with personal effort and creative imagination. Indeed, Dewey recognizes that “democracy is a personal way of individual life; that it signifies the possession and continual use of certain attitudes, forming personal character and determining desire and purpose in all the relations of life.”2 For Dewey, the personal habits and attitudes of individual citizens shape the life of democratic institutions. To make democracy a task is to give each of us the responsibility to sustain and enliven it through the habits and attitudes we cultivate in our quotidian lives.

Bernstein’s own reading Dewey’s position in “Creative Democracy—The Task Still Before Us,”3 roots this responsibility in a “democratic personality” that is “flexible, fallible, experimental, and imaginative.”4 These, indeed, were the very virtues and habits we were learning in Bernstein’s classroom as we worked together to make sense of a difficult text and come to some deeper understanding of ourselves and our relationships with one another and the wider world around us.

When, in 2014, a group of his students gathered to celebrate Dick and to reflect back on his career, I prepared an essay and presentation entitled “Pragmatism and the Cultivation of Digital Democracies,” which was ultimately published a volume co-edited by Megan Craig and Marcia Morgan entitled Richard J. Bernstein and the Expansion of American Philosophy: Thinking the Plural. The essay and the presentation were designed not only to outline how engaged, fallibilistic, pluralism might animate the life of democracy in a digital age, but also to enact this way of doing philosophy by putting it into digital practice. In addition to live-tweeting the conference and posting it here on The Long Road, Rick and I recorded an episode of the Digital Dialogue, a podcast dedicated to cultivating the excellences of dialogue in a digital age. As you can see here, we also recorded video of our conversation to give you a sense of our friendship and the joy we took in doing philosophy together.

These artifacts of digital dialogue capture something of the spirit of Dick’s way of putting engaged, fallibilistic, pluralism into practice. To be engaged requires a willingness to risk ideas in dialogue with others to shape shared community; fallibilism requires humility rooted in an acceptance of the finite nature of human existence; and pluralism requires a committed openness to diversity and difference as vital conditions for the possibility of human flourishing.

These virtues, in fact, animate the life of the Public Philosophy Journal which opens with an article entitled “Practicing Public Scholarship” which draws heavily on Bernstein’s commitment to an “engaged, fallibilistic, pluralism.”

Practicing philosophy as engaged fallibilistic pluralism means that we need to enter into dialogue with one another as learners. This requires us to cultivate habits of scholarship that nurture ideas, colleagues, and communities capable of responding with grace and nuance to the most complex and difficult problems of our time.5

The Ethical Virtues of Democracy

I recall a conversation with Dick many years ago now in which he was extremely frustrated by the caricature of philosophy as an abstract, disengaged discipline. “There is no more practical field of study than philosophy,” he asserted, pounding his hand on the table for emphasis. I have long returned to that moment with a smile, both at Dick’s passion, and because the deeper truth of his assertion is that philosophy, at its best, teaches the virtues of the democratic personality.

This, in fact, was what I hoped to highlight in my essay on democracy in a digital age, where I attempted to develop a kind of table of ethical virtues of philosophy as a deeply democratic practice. Drawing ideas from Charles Sanders Pierce into dialogue with John Dewey, Hannah Arendt, and Hans Georg-Gadamer, and channeling what I learned in the community created in Dick’s classroom, I sought to outline virtues of a democratic personality that might orient our digital lives toward our highest democratic ideals.

These ideals require us to be sincere, candid, and disciplined in the way we pursue the truth in dialogue; they invite us to adopt an interpretive stance that is empathetic, generous, and oriented toward a more just future; and they ask us to embody the engaged, fallibilistic, pluralism to which Bernstein dedicated his life.

These ideals and the cultivated habits that embody them are almost universally missing from the public sphere. Democracy in America and across the globe is impoverished by their absence.

In the classroom, Dick modeled these ideals and encouraged us to cultivate them in ourselves. Philosophy, for Bernstein, was never an abstract activity; it was an embodied way of democratic life. Now that he is no longer with us, we are left to take up ourselves the task still before us—to revitalize a democracy much in need of our creative energy.