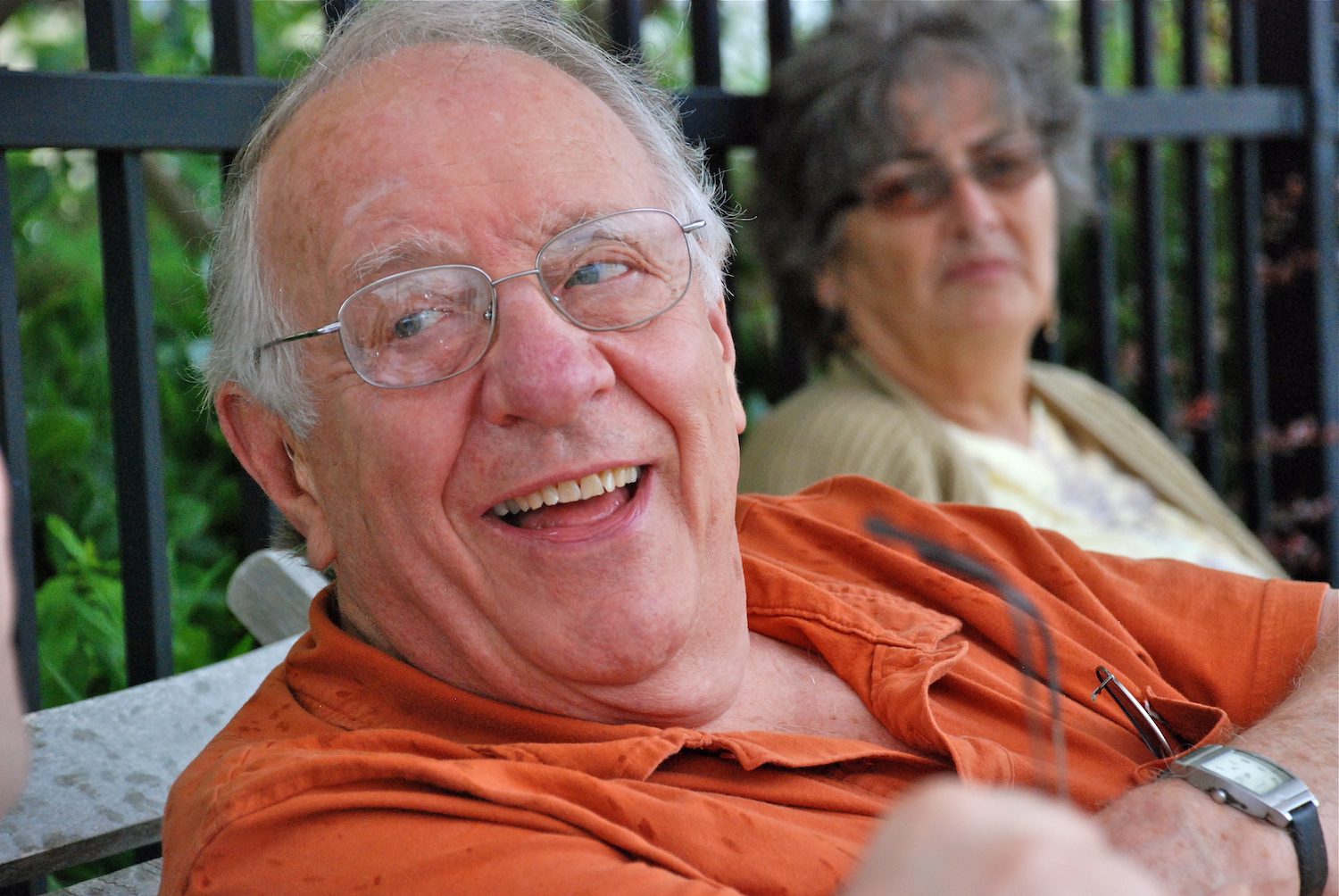 The Art of Procrastination

On September 12, 2021, we remembered the life and legacy of Ted Loder, my stepfather, and long-time Senior Minister at First United Methodist Church of Germantown. In collaboration with my step-siblings, we created the montage of slides presented here. The text of the remarks I made at the Memorial Service are below.

Growing up in the 1980’s with Ted was, for me, an apprenticeship in the art of procrastination. All week long there would be various responsibilities that kept him from starting on his sermon. Then came Saturday morning. Coffee and breakfast and conversation and more coffee and the conversation would always lead to some question that would require us to consult the World Book encyclopedias that took up the long bottom shelf in the living room. What are the five longest rivers in the world? How many state capitols can you name? The topic didn’t matter, so long as it delayed the moment when he would slowly mount the stairs to his study where he would spend the day and, most often long into the early hours of Sunday morning, finding the words that would make meaning of the mysterious, broken, and beautiful world we inhabit.

If this time was for me a study in procrastination, it was also a profound introduction to the power of a writing life, of a life committed to finding the words that deepen our understanding of the world and of our relationships with one another in it.

What I was learning is that a writing life is important and that making the writing good is hard.

Sometime during those long sessions upstairs in his study, Ted must have written the prayer that made its presence felt to me this past February, just as he was entering the last phase of his life. The prayer is from Guerillas of Grace, published in 1984. It is called “Thank You For Each Moment” (p.44):

Lord, thank you for each moment,

for the shared moment,

the listening, the unguarded word,

for the fragile openness,

the ready smile, the accepted difference,

for my passionate heart

and the trust rooting in me.

to grow with whatever comes as a gift

and to praise you in it.

As I read this prayer I was transported back, years ago now, to a moment of encounter with Ted that shifted my perspective and stretched me to grow in ways I have now come to appreciate as a gift.

It happened at the bottom of the same stairs he climbed each Saturday. Ted and I had just had one of those intense back and forth conversations, each of us, with passionate hearts, committed to our positions and unwilling somehow to practice the humility both of us knew was required for truth to take root and grow.  Of course, I can’t remember the details of our disagreement – he was probably criticizing philosophy for being too rational and I was probably defending philosophy as a way of life open to the mystery of things.

In any case, we’d had it out on the porch … and anyone of you who has had it out with Ted knows the state of exhaustion that can involve, and the deep joy that washes over you as your abiding love for one another stretches toward a growing trust between you.

In the raw aftermath of just such a conversation, Ted descended the stairs, put his hand on my shoulder, and said in that voice of his so resonant with depth and substance, “in the end, the ultimate truth of things is relational.”

to grow with whatever comes as a gift …”

What came to me in that moment at the bottom of the stairs was the truth of what Martin Buber says:

“All real living is meeting.”1

Ted’s life was filled with such shared moments of meeting. He wrote about them often — a four-year-old Tommy climbing up on his lap late one difficult night, a manger scene on Lombard Street after a meaningful conversation with Karen,2 a moment of forgiveness with Jan after breaking an heirloom pitcher,3 — these aching moments of vulnerability and encounter give his writing poignancy and depth. When we read Ted, we are awakened to the longing for meaningful connection that shaped his life and work.

This longing is, I believe, rooted in his lifelong effort to discern the traces of the divine at work in our relationships with one another, appearing between us in sneaky ways, but always available to those willing to listen.

That longing found me too in February and it remains with me now; a longing to sit with him again on the porch, to grapple with the deeper truth of things, to laugh and joke and be together. As I thought about his entering then into his final phase, another prayer from Guerillas of Grace spoke to me. It is called “Sustain Me in the Coming Then” (p. 79)

Sustain Me in the Coming Then

O God, empty me of my angry judgments,

and breathe into me

that the lion and the lamb in me

may lie down together

and be led by a trust

as straightforward as a little child.

Catch my pride and doubt off guard

that, at least for the moment,

I may sense your presence

by a sudden joy

rising in me now

to sustain me in the coming then.

I read and re-read this prayer in February, praying for him that the sudden joy of God’s caring presence would sustain him as death approached. And as I listened to this prayer, I recalled again the “anxious trying” of those Saturday mornings, and I began to imagine Ted finally up in his study, composing this prayer, struggling with the lion and lamb in him, quieting his pride, and suddenly sensing the joy of God’s presence. Despite the procrastination, or perhaps through it, one way God came to presence for Ted was through the spiritual practice of writing.

Ted told me once that he spent all those hours upstairs “wrestling with the light,” because he wanted to make something good. What he made, in his writing and through each intentional moment of meeting that deepened our attempts to become human together, was something not only good, but also just and beautiful; for his life was shaped by a love that endures in the love we have for him and the love we share with one another.

Thank you, Ted, for each moment,

for procrastinating with me,

for always meeting me where I was,

and for finding words that give joyful voice to

a love that endures.

A collection of remembrances.

This is a blog post I wrote the weekend Ted died.

The Philadelphia Inquirer Obituary of Ted Loder with a list of his books (pdf).

A Conversation with Ted Loder

I recorded this conversation on December 28, 2009 in Philadelphia.