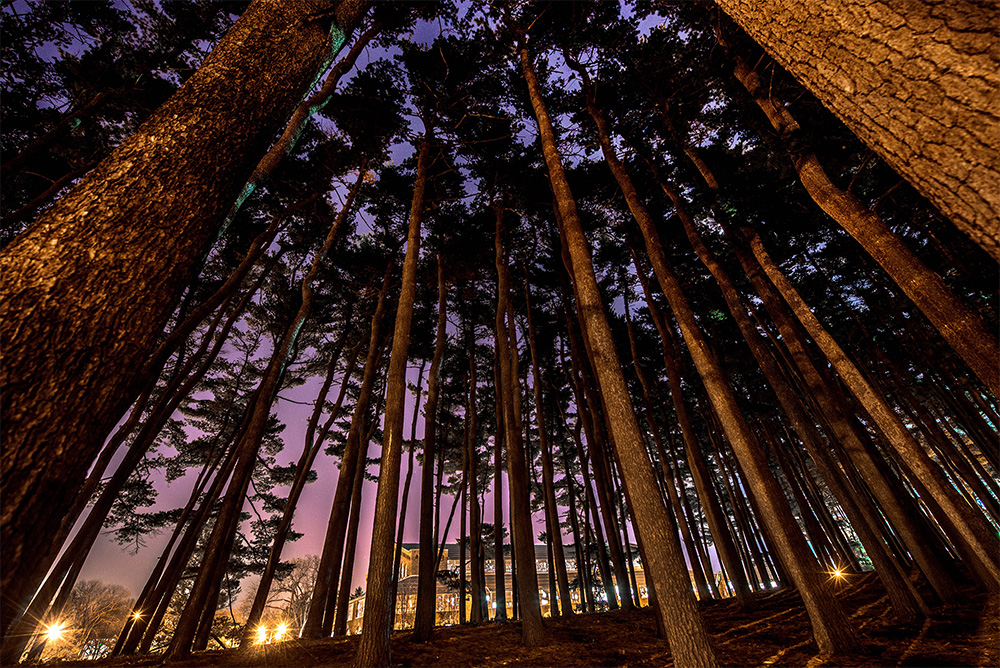 Michigan State University was awarded a four-year, $2.5 million grant from The Andrew W. Mellon Foundation to support further development in the research and teaching of less commonly taught languages (LCTLs), with an emphasis on Indigenous languages.

This is the second Mellon grant received by the LCTL Partnership, led by the Center for Language Teaching Advancement (CeLTA) at Michigan State University, to facilitate the teaching of less commonly taught languages at all Big 10 universities in partnership with the Big Ten Academic Alliance (BTAA).

This multi-university initiative seeks to transform the way LCTLs are taught by leveraging cutting-edge research and advances in instructional technology with the aim of creating sustainable and effective models of instruction.

“This grant allows us to provide more students with higher levels of proficiency in languages that are less commonly taught and more difficult to sustain,” said Christopher P. Long, Dean of the College of Arts & Letters and Principal Investigator (PI) on the grant. “This is important because a higher level of language proficiency deepens our understanding of the cultures to which these languages give voice.”

Currently, MSU offers instruction in 29 less commonly taught languages, such as Vietnamese, Turkish, and Indonesian. Often the challenge in teaching these languages is having only one or two students at any given university taking a course, and in order to have a full class and higher levels of competency, a critical mass of students is needed across multiple semesters.

This issue is resolved by sharing courses across the Big Ten Academic Alliance through the CourseShare program, which enables students to take a variety of different languages online that are not sustainably teachable at individual institutions. With strategic coordination, the LCTL Partnership has taken a more proactive approach by creating innovative courses through CourseShare instead of relying on the on-demand model so often used.

The materials that have been developed as part of the LCTL Partnership are varied, from a full asynchronous online course in Hebrew to flexible modules in Swahili and Hindi that can be easily inserted into current courses.

This grant allows us to provide more students with higher levels of proficiency in languages that are less commonly taught and more difficult to sustain. This is important because a higher level of language proficiency deepens our understanding of the cultures to which these languages give voice.

CHRISTOPHER P. LONG, DEAN OF THE COLLEGE OF ARTS & LETTERS

“These modules will be released as Open Educational Resources (OERs) so that the materials can continue to be reused, revised, remixed, and redistributed by instructors within the LCTL community,” said Emily Heidrich, Academic Specialist and Project Manager for the LCTL Partnership. “We have learned that collaboration within the LCTL Partnership has greatly improved the quality and content of the materials. We are excited to see what other instructors will do with them.”

The first Mellon grant laid the foundation for the project. The research team is now taking the successes of that first grant and expanding it over the next four years.

“With this second cycle of the grant, we are focusing on ways to ensure sustainability of the successes that the grant has fostered,” said Sonja Fritzsche, Associate Dean of Personnel and Administration in the College of Arts & Letters and Co-PI on the project. “We are working with our BTAA partners to create institutional structures that will continue the collaborative partnerships among instructors and administrators across universities so that course offerings will be stable and innovative joint curriculum development can continue.”

The United Nations declared 2019 the International Year of Indigenous Languages, and a major focus of this grant is to promote Indigenous languages through collaborative research and curricular work and to develop an exploratory model for these languages, which are endangered.

“For hundreds of years, generations of Indigenous people in communities throughout the Great Lakes have fought for the preservation of Anishinaabemowin,” said Gordon Henry, Professor of English and Co-PI on the project who is affiliated with the American Indian and Indigenous Studies program at MSU and an enrolled member of the White Earth Chippewa Tribe of Minnesota. “It’s important for people in knowing their culture to try to live their language, to have it as a living way of communicating in a community, and that’s what a lot of tribes are trying to have happen again. So it’s important this grant, which is working with tribal communities to bring the languages back as tribal communities make their own efforts to revive the languages.

“This grant also gives Michigan State University a unique opportunity to collaboratively support and provide resources to Indigenous communities, in service to community interests and needs, where Anishinaabemowin is spoken and taught, for generations to come.”

This grant also gives Michigan State University a unique opportunity to collaboratively support and provide resources to Indigenous communities, in service to community interests and needs, where Anishinaabemowin is spoken and taught, for generations to come.

Many Indigenous tribes around the country encourage language education, but struggle to find qualified teachers who know the language well enough to pass it on. With this grant, Michigan State University will partner with other universities, tribal colleges, and tribal communities to establish a larger community that connects and sustains Indigenous language work at all of these institutions. The initiative follows a participatory research and pedagogical model that places members of Indigenous communities, including Indigenous faculty and language instructors, at the center and in leadership positions.

“What I am most excited about is the opportunity to think about how we can invest in the teaching of Indigenous languages and cultures to retain and recruit Indigenous students to Michigan State University and across the Big Ten Academic Alliance,” Long said. “And in order to recruit, retain, and graduate Indigenous students at Michigan State University, we need to have authentic and meaningful relationships with tribes in Michigan and across the Midwest. Part of this grant is designed to nurture those relationships to build the trust necessary to ensure enduring success.

Henry, who is connected with the tribal communities in Michigan, is leading the efforts to establish these relationships and nurture the infrastructure needed to recruit, retain, and graduate Indigenous students at Michigan State University.

Building Upon the Success of the Previous Grant

The LCTL Partnership also will use the Mellon funding to continue to develop additional courses in Hebrew and one other LCTL, which will be determined in the coming year, and to promote already-developed materials in Swahili and Hindi.

“This grant allows us to be much more coordinated in our offerings to identify where the strengths are across the Big Ten Academic Alliance so that we can make the best use of the resources we have,” Long said. “It allows us to think more holistically about how to offer more courses and more languages at higher levels of proficiency.”

The first Mellon grant received by the LCTL Partnership was for $1.2 million for a three-year period (September 2016-August 2019), which was used to coordinate how courses were shared across the Big Ten Academic Alliance. Instructional materials and templates were created for online teaching of three less common languages – Swahili, Hindi, and Hebrew – enabling more students from across the Big Ten to achieve high levels of proficiency in those languages.

We have learned that collaboration within the LCTL Partnership has greatly improved the quality and content of the materials. We are excited to see what other instructors will do with them.

“One of the most exciting aspects of the first grant is the work we have done around the Hebrew language,” Long said. “We partnered with the University of Maryland and they are teaching an entire course in Hebrew on ‘Israeli Entrepreneurship and Innovation’ and we have a critical mass of students taking this course. It’s a higher-level course that requires a higher level of language proficiency, so we are preparing more students to go to Israel to be able to interact with the people there through the language.”

With the first grant, the LCTL Partnership also provided professional development opportunities and other support for LCTL instructors to help with curriculum development and the transition of teaching languages online. Pedagogical workshops for LCTL instructors have been held and an “Introduction to Online Language Teaching” course, designed for experienced classroom instructors who want to make the transition to teaching languages online, was developed. In addition, an annual symposium, entitled “Shared LCTL Symposium” (SLCTLS), was established with the help of the University of Chicago to focus on the challenges and benefits of sharing LCTL instruction across institutions.

One of the outcomes of the SLCTLS shows that coordinating language instruction across multiple institutions has strengthened language programs. The third annual SLCTLS will be held in August 2019.

The LCTL Partnership website also will become a repository of resources for LCTL instructors, including a language-independent manual, which will be updated in this next grant cycle.

This article was originally posted on cal.msu.edu and was written largely by Kim Popiolek and Ryan Kilcoyne.