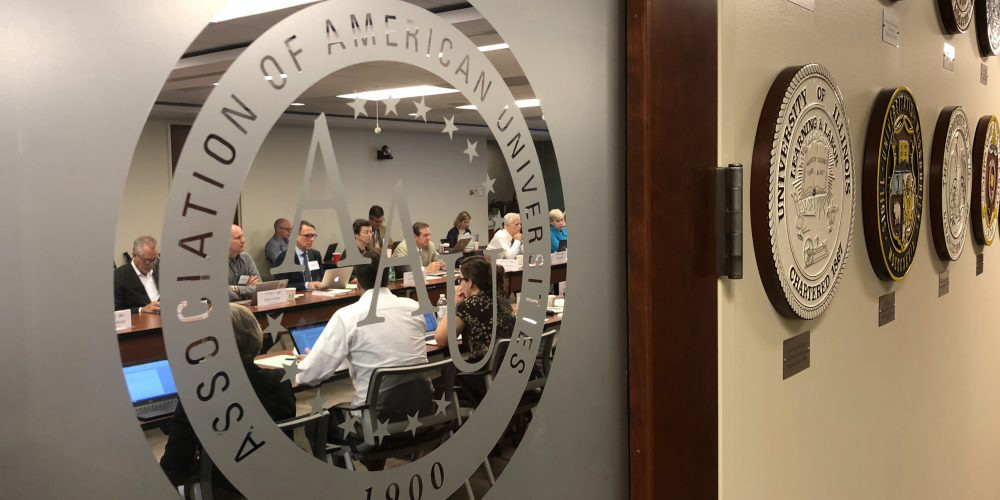 A Few Reflections on the TOME Initiative

WASHINGTON, DC – Today a group of colleagues from the Association of American Universities, Association of Research Libraries, and Association of University Presses met to advance the Towards an Open Monograph Ecosystem (TOME) initiative. It was heartening to see the progress the initiative has made since our first gathering in the summer of 2016. At the time, I was enthusiastic about the effort to leverage University funding to support the open access publication of monographs by scholars in the humanities and social sciences. What I wrote then about the importance of this initiative, I feel more urgently today:

Publishing is one important way the humanities are put into practice. Ideas only enter the public realm when they are made public — that is, when they are published. But publishing is not simply a matter of making ideas public; it is also an opportunity to create publics, to establish relationships around shared values and ideas, and by extension, to transform existing realities in light of new possibilities opened by novel ways of thinking.

This commitment to make ideas public so as to enrich public life remains at the heart of the TOME endeavor. Today, a committed group of publishers, librarians, scholars, and administrators gathered to discuss how to strategically advance the initiative in months and years to come.

The most exciting development over the past year has been the publication of Open Access monographs, which we are curating through our referetory 1 using Figshare. The TOME Referetory will grow considerably over the next year as more monographs are added, while Figshare will enable us to track usage of the texts across the web.

Over the course of the day I tried to capture some of the wide ranging conversation on my microblog (cplong.net) using the TOME tag, but the texture of the conversation was too rich to convey adequately. Here, however, before the day is out, I’d like to capture two ideas that might shape the way forward.

Much of our attention as we’ve developed this initiative as been focused on questions concerning infrastructure, standards, and the logistics associated with cultivating an ecosystem of open access long-form digital scholarship. And rightly so, for focusing on these issues of long-term sustainability, growth, and broad adoption will enable us to create the conditions under which such substantive contributions to the scholarly record can thrive and last.

However, the initiative has benefited greatly from a tendency to try things, by a willingness to do something based on the support of fourteen committed universities and a substantive and growing number of Association of University Presses. Without having it all quite figured out, we pressed forward to publish the work.

This tendency to act has served us well; for by publishing books, we are learning what works and what does not. That this can be a successful strategy was reinforced today by a story Frank Smith, Director, Books at JSTOR, told about JSTOR’s experiment with publishing OA monographs. Frank said, as Greg Britton tweeted:

@JSTOR has nearly 3,000 #OpenAccess books that have gotten over 6.5 million views. 18x the usage of other books on their site.

This is striking evidence for the value of open access monographs. Simply put, open access monographs are more widely read. If scholars want to be read as opposed to simply being published, we need to advocate for Open Access; we need to find ways to make our work broadly available online and to support initiative that make that accessibility sustainable. Real traction for initiatives like TOME will remain elusive until scholars across the globe insist that their work be openly accessible.

Even if, as Dean Smith, Director of Cornell University Press, put it: “Everything about ebooks is messy,” we can’t afford to wait until it is less messy to act.

If, however, our attempts to create an ecosystem for OA monographs is to have a deeper impact on the practices of scholarship, scholars will need to more proactively consider the affordances digital modes of publishing offer us to make our ideas public in innovative ways. This is a question, I have argued, of performative consistency; and it returns us to the deeply reciprocal relationship between form and content. My own failed attempt to create a living, interactive digital book notwithstanding, scholars in the humanities and social sciences ought to focus intellectual attention and effort on considering how the manner in which our ideas make their way into the public domain might amplify, reinforce, and deepen a reader’s engagement with the arguments we make.

If it is successful, the TOME initiative will create an ecosystem in which richly developed ideas can be made openly accessible. How those ideas are engaged by other scholars, how they are taken up, responded to, criticized and built upon in order to transform the world in which we live will depend upon the creative imagination and generosity of our colleagues. We inhabit now a new, more dynamic, world of public ideas–whether they enrich or impoverish our lives together will depend largely upon our ability to cultivate new habits of public scholarship rooted a commitment to the humanistic sensibilities capable of creating a more just and beautiful world.