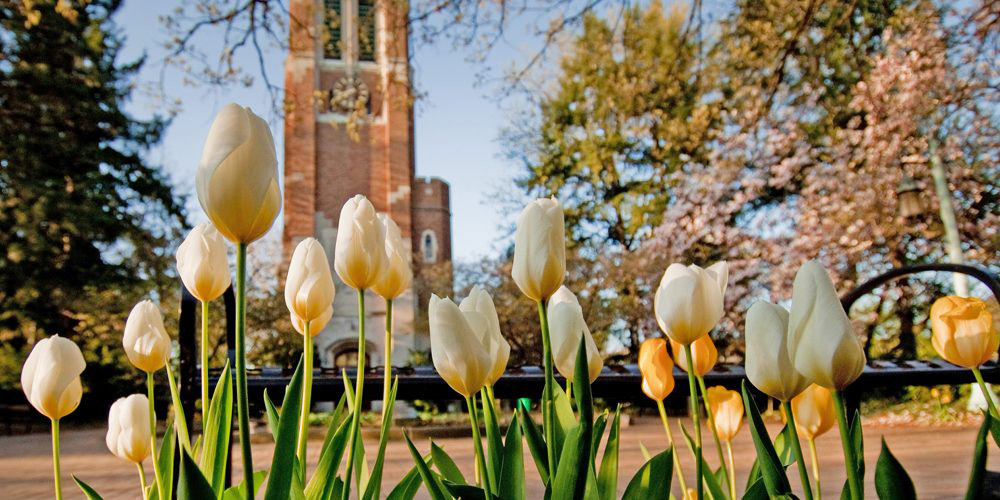 To Teach and Delight

The last two weeks of March this year brought sadness twice over to the College of Arts & Letters. On March 18, 2017, we lost Anna Norris, a beloved professor of French Literature who taught at Michigan State University for 18 years. On March 30, 2017, we lost Jim Seaton, an eloquent advocate for the humanities who taught English Literature and Criticism here for more than 45 years.

Anna and Jim dedicated their lives to education.

And now it is April and all spring on a campus full of life as students and faculty turn to the semester’s end, to graduation, and to the possibilities that open for us over the summer. But the rhythm of the academic year has been broken; punctured by the poignant loss of our two dear colleagues.

In the introduction to his last book, Literary Criticism from Plato to Postmodernism, Jim gave voice to what lies at the heart of a life committed to education through literature:

Humanistic critics share Horace’s belief that literature, at its best, both teaches and delights and, furthermore, that the teaching and the delighting are intertwined, so much so that one cannot be separated from the other.1

To teach and delight; they are unseparated in the lives of two people who taught and delighted students and colleagues alike here at Michigan State University for generations.

Their impact has been deep; their influence, lasting.

Anna led a study abroad program to Tours, France, for 16 years. Rachel Burley Larner, one of Anna’s students, now herself a teacher, put the transformative experience with Anna this way:

Hardly a day of my teaching career has gone by where I haven’t thought fondly of you, your humor, and the things I learned from your classes. I know that I am a better teacher and person because of you and can’t even begin to put words to how valuable an experience Tours was for me.

John Dewey once asked himself what the most needed reform in the spirit of education should be. His response was that we ought to:

Cease conceiving of education as mere preparation for later life, and make it the full meaning of the present life.2

Through their scholarship, their passion, their humor, and their love for literature and their students, Anna and Jim taught us the full meaning of this present life.

Let us teach and delight, and delight in the teaching, awake now in new ways to the possibilities of this blooming spring, as we follow the footsteps of our two delightful colleagues.