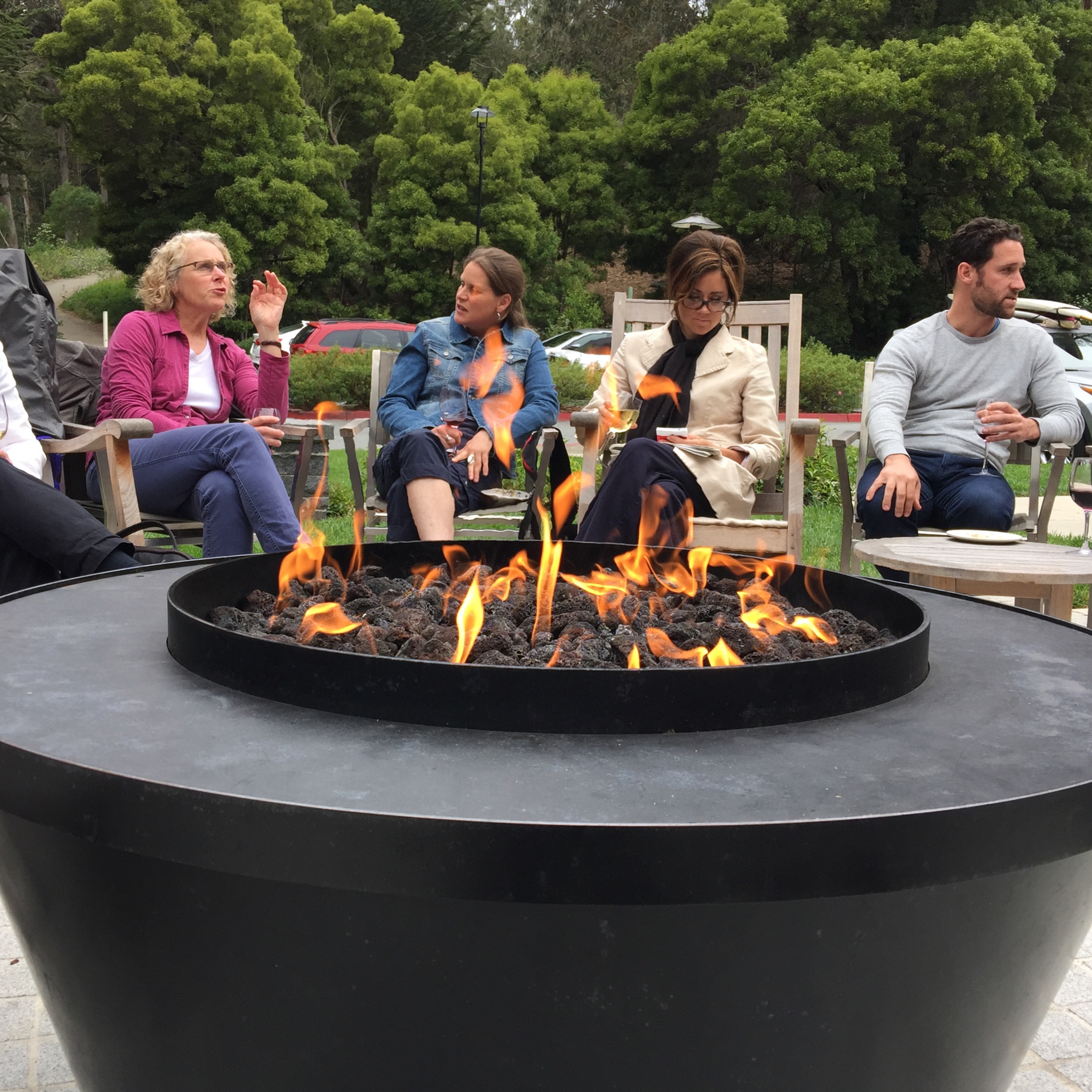 The fog had receded when Danielle, Anne Marie, and Lisa moved out onto the back porch of the Inn at the Presidio to continue writing. I could hear their heated conversation unfolding below my second floor window.

Anne Marie was insistent: the paper was no longer exactly what they thought it would be, it needed a new title and a new structure. Danielle was hesitant: she had put a lot of time into fleshing out the theoretical framework with which the paper began and was concerned not to lose the thread that held the paper together. Lisa listened and sought a middle ground between her two professor colleagues.

Anne Marie and Danielle had their Grand Valley State University undergraduate students work with Lisa at The Heartside Gleaning Initiative (HGI) to further its mission to recover unused healthy food and empower the Heartside community to become healthier through increased access to nutritious foods.

Theirs is a project of engaged pedagogy.

Danielle presented the framework of their approach at the Public Philosophy Network conference later in the week. And I tried to capture the contours of their approach in public notes I took on Twitter during her talk:

American Philosophy in a Wicked World by @DanielleLeeLake at #PPN15 pic.twitter.com/Wphi2UJOIR

The team’s approach is rooted in a “Wicked Problems” framework that recognizes the intractable complexity of the world’s most pressing problems.

Taking up the AAC&U’s mandate to cultivate in students an ability to address public problems by moving out of the classroom and into the life of the community in which they live, Danielle, Anne Marie, and Lisa drew on philosophical resources they found in the work of Jane Addams and John Dewey.

The virtues of which Addams and Dewey speak are put in the service of what Danielle calls “Open Minded Advocacy.”

The opposite of ideological activism is probably not apathetic passivity, but open minded advocacy.

Ideological activism enters a messy world secure in the certainty of its values and the proper way to put them into practice. It deploys its principles in situations it presumes to understand from the start.

Open minded advocacy, on the other hand, is attuned to the complexities of each new situation in which it is engaged, and it is committed to responding to wicked problems in ways that enrich community life. The grace and nuance of its capacity to respond depends upon a deep understanding of and respect for our human fallibility and on a willingness to be transformed by the world we seek to change.

This is, of course, not easy. In fact, the ethical and intellectual habits of open minded advocacy are as hard to learn as they are to teach. But one effective way to learn and teach them is to try to put them into practice in the messy world we inhabit.

.@DanielleLeeLake: “Messiness is just a part of life.” She’s teaching intellectual/ethical habits to thrive in a messy world. #PPN15

It is easy to respond to the messiness of things by taking refuge in the certainty of one’s own ideological position, but it is much harder and yet potentially much more transformative, to risk one’s own prejudices in an attempt to redress the problems we face in ways that nudge us toward more just and enriching relationships with one another.

To do that well, however, requires cultivating the virtues of open minded advocacy for which Danielle, Anne Marie, and Lisa themselves both advocate and embody: respect differences, resist privileging one’s own views, recognize the role of conflict, and integrate the insights gleaned from a genuine engagement with the problem in the context in which it is found.

But if these virtues of open minded advocacy ought to be at the root of all engaged public philosophy, they are also what ought to animate our practices of collaborative writing.

This is the lesson I learned as I listened to these three women working through their differences to craft an article that would do justice to the incredible work they are doing together.