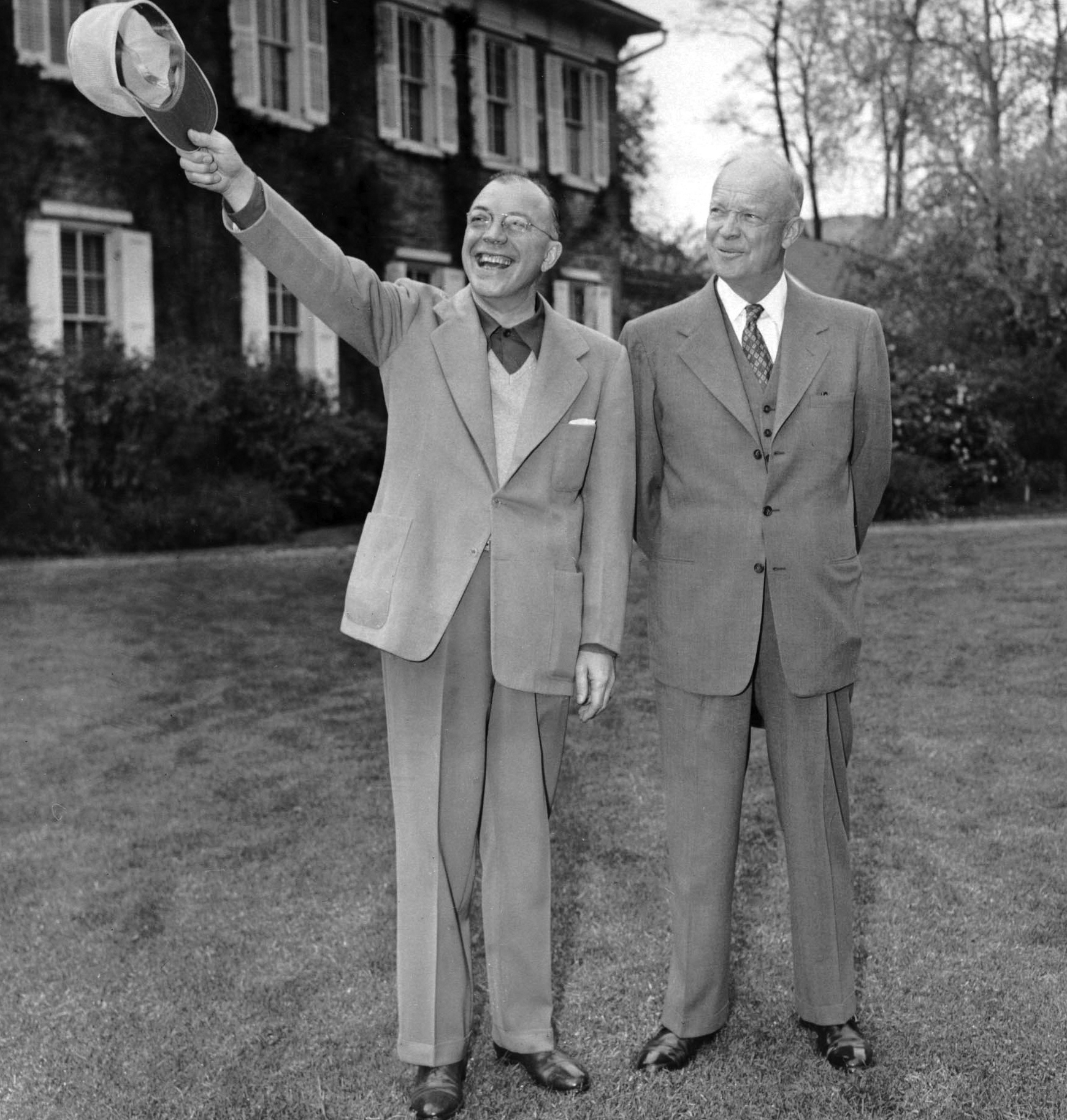 Returning to an Integrated Gen Ed Approach at Penn State

By Christopher LongFebruary 20, 2015The Liberal Arts, The Long Road, The Undergraduate Experience
No Comments

By the summer of 1954, the students at Penn State had grown impatient. The world had settled into a Cold War, the nuclear arms race threatened total annihilation, and the students felt unprepared to address the urgent demands of the complex international situation into which they would graduate. 1

In their annual encampment with President Milton Eisenhower and his leadership team, the students at Penn State pressed for an interdisciplinary course on international affairs with no prerequisites accessible to any student. The seed was planted that summer for what would become a robust general education program at Penn State; but it started with the simple request from students for a broader and richer understanding of international affairs.

Milton Eisenhower, close adviser to his brother Dwight, recognized the urgency and importance of this request. He assigned his assistant Lawrence Dennis to work with faculty to create what came to be the first general education course at Penn State: International Understanding 300. First offered in the fall of 1955 and originally open only to juniors and seniors, three sections of the course served a total of 60 students. The course was collaboratively developed by three faculty, each with a different interdisciplinary approach to international affairs: “a political theorist with training in history, a Modern European historian, and an agricultural economist with an interest in demography.” 2 The President’s Office agreed to pay the professors their regular salaries for three months in the summer of 1955 to develop the course together and allowed them to remain members of their home departments even as they dedicated one quarter of their teaching to the general education course.

The course was to be interdisciplinary in a robust way, and the three faculty soon “recognized the need for a broader academic base than they alone could contribute.” 3 They enlisted the help of faculty from diverse disciplines, but in order to ensure the course did not become fragmented and disjointed, the three original faculty retained the authority to make final decisions with regard to the curriculum.

In the wake of this course, seven other courses in the biological sciences, social sciences, the fine arts, and the humanities were developed, and by 1963, the general education curriculum was serving 1700 students a term.

It is worth recalling this history, and reading Kent Forster’s 1963 article, A Pragmatic Program in General Education: The Penn State Course in International Understanding, as we at Penn State finalize preparations to propose a revised General Education curriculum that will likely include two 3-credit integrated courses that cut not only across disciplines, but across Penn State’s main general education knowledge domains.

In many ways, the current General Education proposal under development is a return to the deepest commitments of the university to provide students with a sophisticated, multi-dimensional understanding of the most urgent public issues we face. As we consider its merits and how best to ensure its success, we would do well to remember that the commitment President Eisenhower made to the program at the beginning was substantive and critical to its ultimate success; that the university found the resources to support faculty development and the collaborative creation of genuinely interdisciplinary courses; that a concern for quality animated the process; and that, as a result, a generation of students graduated from Penn State more effectively prepared to respond to the complexities of international affairs with nuance and grace.