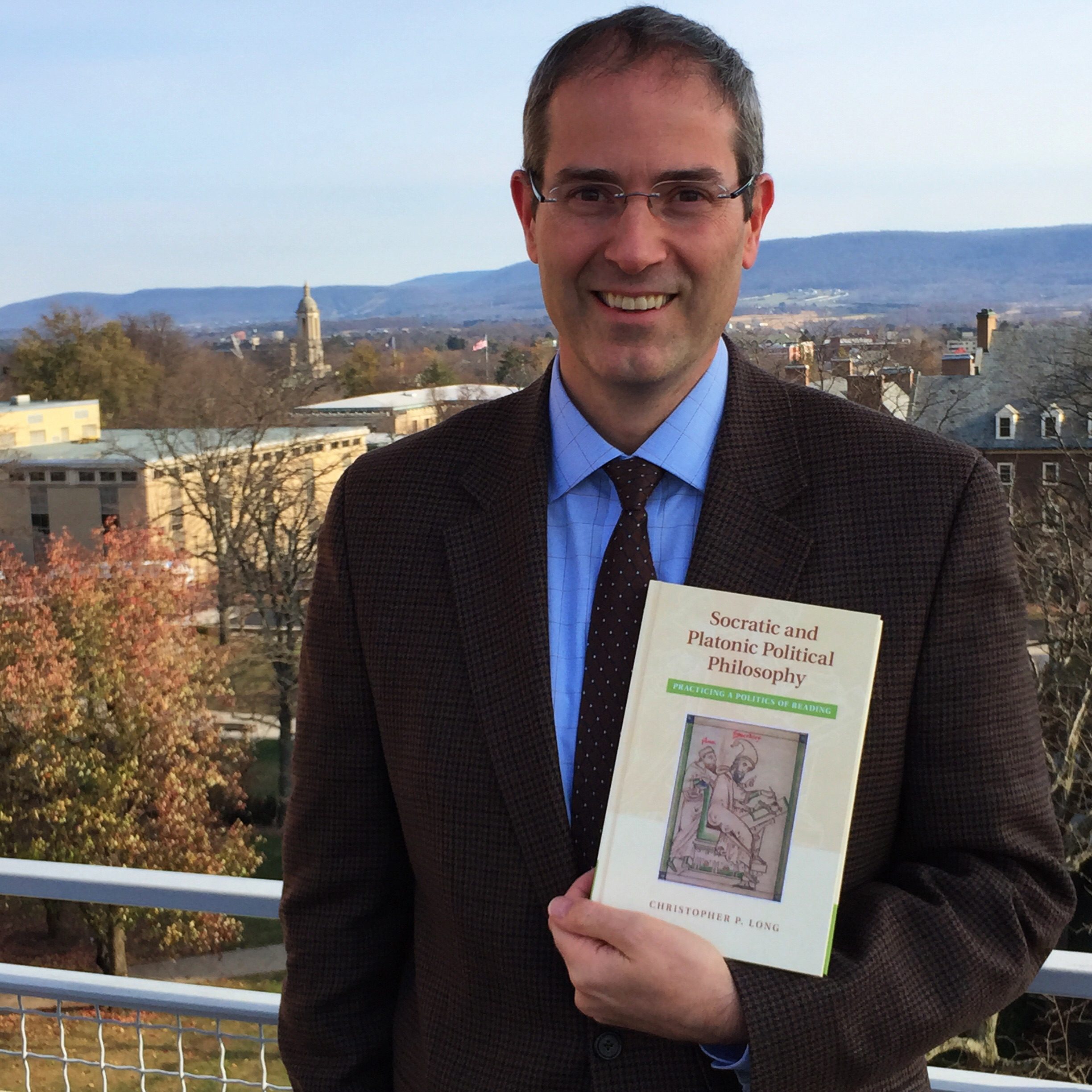 By Christopher LongNovember 23, 2014The Evolving Book, The Long Road
2 Comments

The print edition of my book, Socratic and Platonic Political Philosophy: Practicing a Politics of Reading

, has been ready since May, but I asked Cambridge to hold back its release until they completed development of the annotation features of the enhanced digital book.

The book is a born digital monograph, but its gestation period has been more like that of an elephant.

Cambridge University Press is, of course, expert and efficient when it comes to editing and producing printed books. They’ve been doing it since 1534, when Henry VIII granted them a letters patent so they might print “all manner of books.”

The manner of this particular book is different from any published in their 480 year history. Although they are in the habit of integrating advanced digital technology into their textbooks, Cambridge has never published an enhanced digital monograph.

The central argument of Socratic and Platonic Political Philosophy

is that Platonic writing attempts to do with its readers what Socratic speaking attempted in dialogue to do with his interlocutors: turn their attention to questions of what is just and beautiful and good. The publication of Socratic and Platonic Political Philosophy is designed to perform the argument the book articulates.

The enhanced digital book is, in short, an attempt to put the argument of the book into practice by creating a digital ecosystem in which readers are invited to engage publicly with one another and the ideas encountered in the book itself. 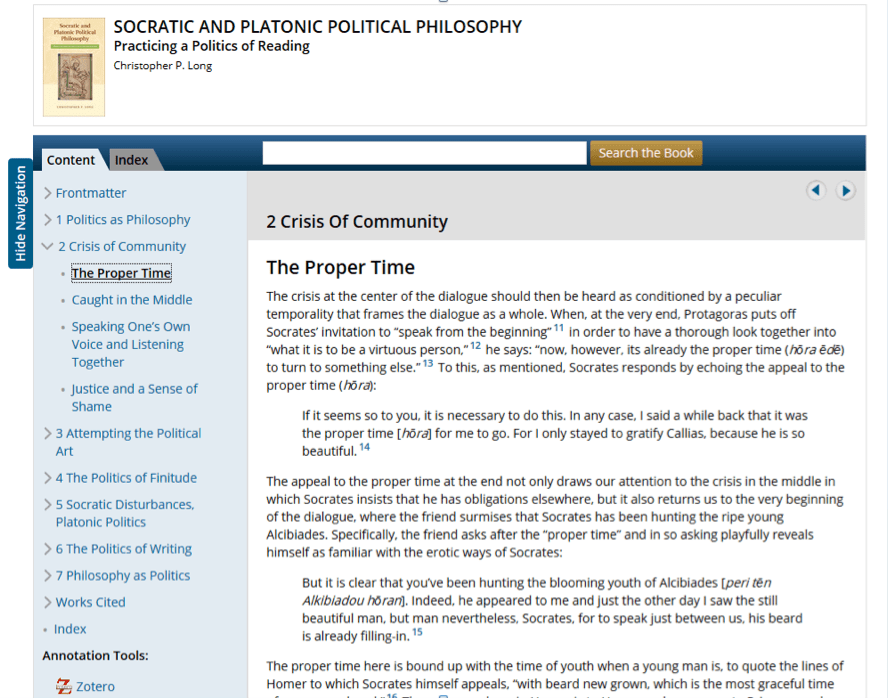 The digital experience offers readers the opportunity to create private notes associated with specific parts of the text, which itself is being published completely in HTML 5. 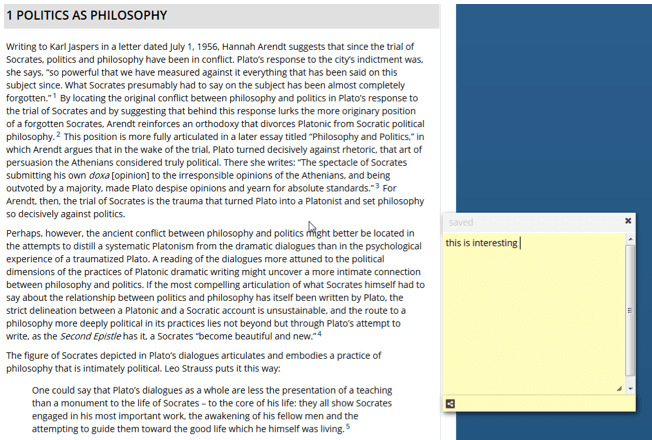 The notes remain private to the reader, although we have integrated Livefyre into the enhanced digital book so that comments and questions can be easily entered into the Livefyre comment area, where they will be moderated and pushed simultaneously to the comments area in CBO and on my blog here. We have also included a direct link to my Twitter account so that readers can easily tweet me if they have comments, questions, or suggestions. The success of this experiment in performative publication will depend upon the willingness of readers to engage publicly the ideas articulated in the text with other readers. My role as author will be to facilitate the ongoing conversation and, hopefully, to help cultivate a community of readers interested in Socrates, Plato, and the politics of reading.

I look forward to the conversation and to hearing what readers think not only about the ideas of the book, but also, the mode by which is has been published.