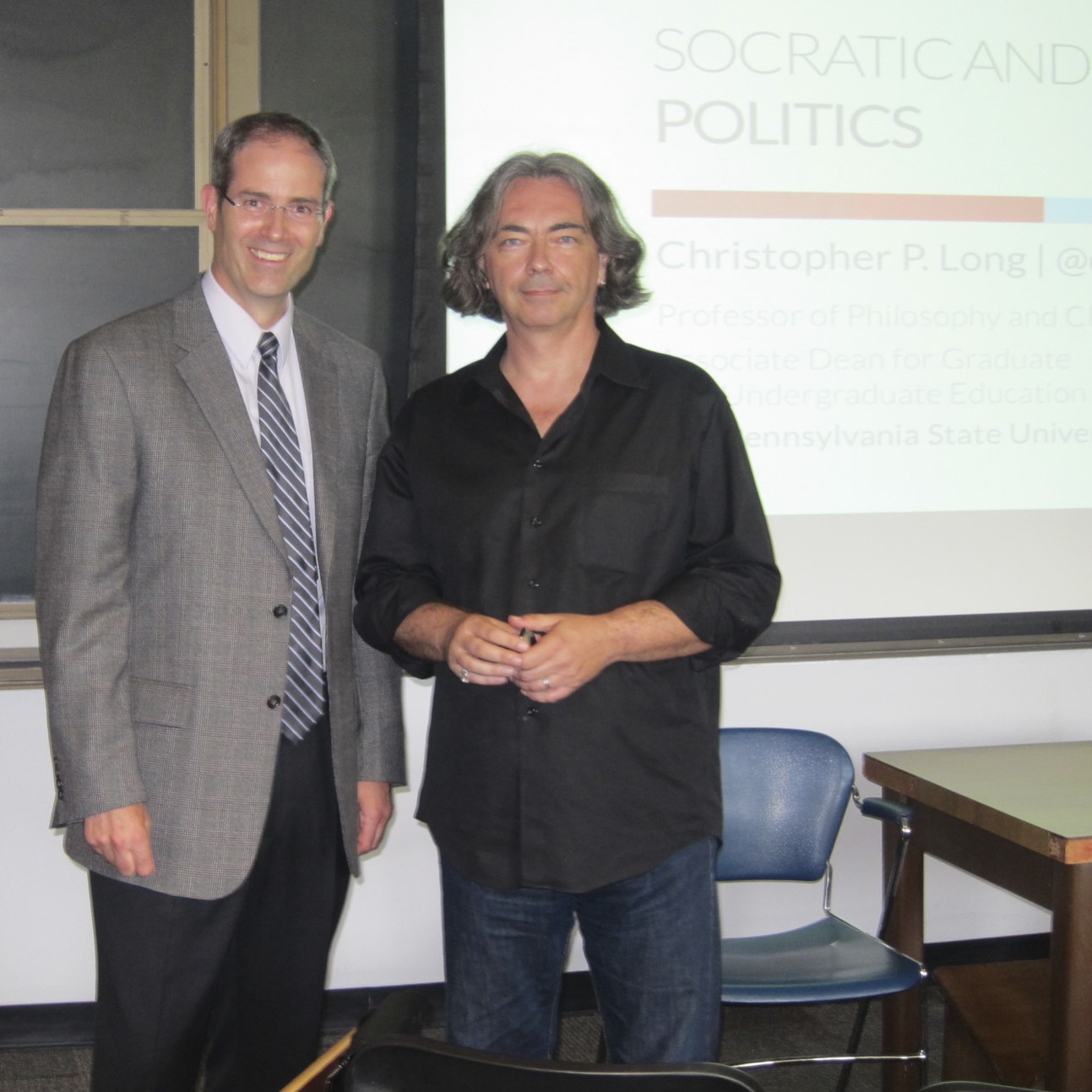 This presentation argues that there is a difference, and a similarity, between the ways Socrates and Plato practice politics.

Socratic politics, as depicted in Plato’s dialogues, may be characterized as the practice of using spoken words to turn the individuals one encounters toward the questions of what is just and beautiful and good. These three ideas function as erotic ideals that entice those animated by Socratic questioning to live a life seeking justice, beauty and the good. Of course, one of the main things we learn from the figure of Socrates we meet in the Platonic dialogues is that those ideals, however alluring, remain always ultimately elusive to finite human beings. Even so, Socratic politics is designed to cultivate in individuals a desire for them and to enjoin us to weave a concern for them into our relationships with one another.

Platonic writing is political not because it presents manifestos, but because it requires each of us who encounters his texts to become actively concerned with the ideals of justice, beauty and the good and to consider how the course of our lives and our relationships with one another can be enriched by an engagement with those ideals.

The relationship between Socrates and the individuals he encounters is the site of Socratic politics. It is a “topology,” a place of saying.

The relationship between the written text and each individual reader is the site of Platonic politics. It is a “topography,” a place of writing.

The interactive lecture will outline the differences between the topology of Socratic politics and the topography of Platonic politics in order to invite further engagement with these ideas on the interactive website of my enhanced digital book: Socratic and Platonic Political Philosophy: Practicing a Politics of Reading.