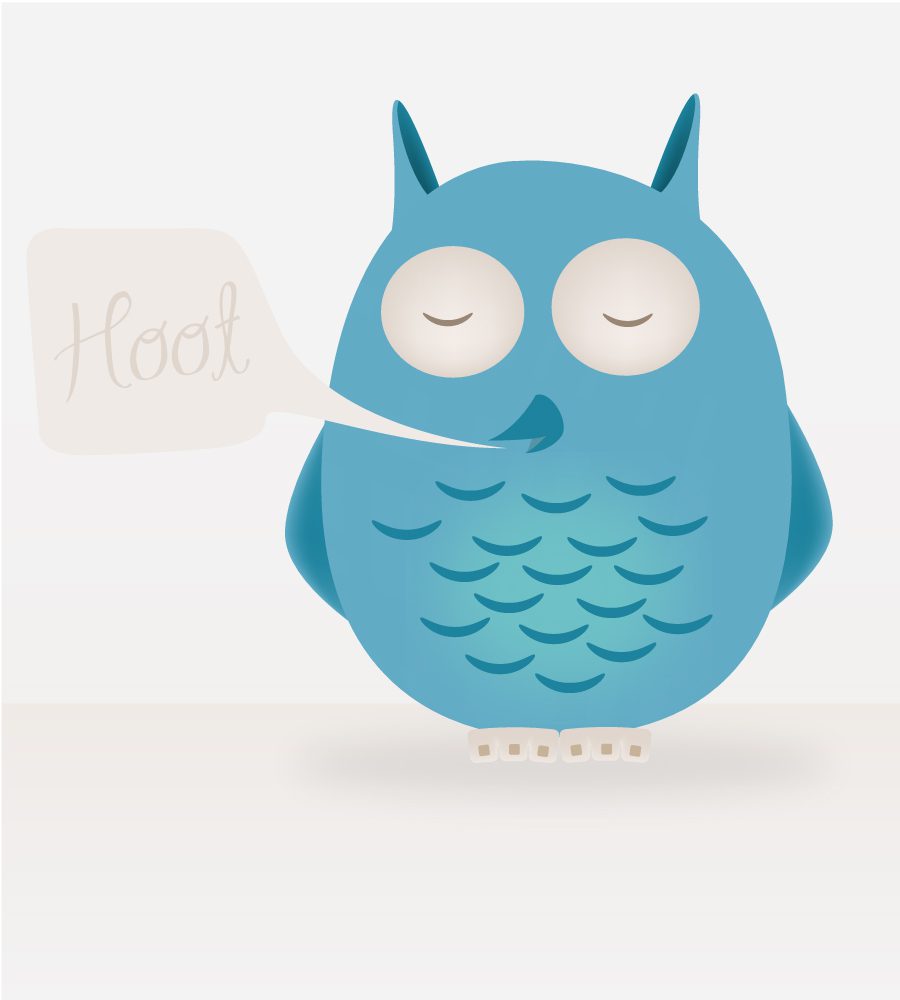 They will tell you it is too dangerous, that you’ll say something stupid and never be hired.

They’ll say it is too fast, too superficial, too full of snark to be of any value to anyone who aspires to serious scholarship.

They’ll say it’s a waste of time, that it’s noise that will distract you from your research and dissertation.

But don’t listen to the naysayers who steer you away from Twitter and other modes of social media communication.

For graduate students, Twitter can be a powerful way to build a community of thoughtful people engaged with your work.

To do this, however, you need to be intentional and judicious. Twitter is a deceptively powerful public communication technology.

Don’t be fooled by the funny name and cute icon: respect the bird and it will reward you with links to ideas and connections to people capable of enriching your work.

By default, Twitter is public in the widest sense. Anyone with access to the web can read what you post to Twitter – and the Library of Congress is archiving every tweet. The only barrier to entry into this vast public realm is a simple private gesture: the click of a mouse or tap of a finger.

This is the allure and the deceptive power of Twitter: a small private gesture inserts your words into a global public network.

Temper the allure of Twitter with a sober recognition of its public scope and you will be able to cultivate habits of public communication capable of building community around the academic, social, and personal issues with which you are concerned.

These habits are, of course, best learned in lived practice. Aristotle was right:

“We do take on the virtues by first being at work in them … we learn by doing … we become just by doing things that are just … (Nicomachean Ethics, 1103a31-b2).

To become excellent communicators in a digital age, you need to practice. So another reason to consider engaging with Twitter and other social media is to cultivate good habits of public scholarly communication.

Of course, the cultivation of habits requires the tolerance of failure, and here the naysayers have a relevant point: public failures of communication can have negative ramifications for your career.

Although this is an important consideration, we tend to overstate the risk and understate the degree to which hiring committees and potential employers are sophisticated enough to forgive a thoughtless mistake or infelicitous comment, particularly when, overall, your online identity is largely characterized by thoughtful commentary and considered responses that enrich rather than impoverish the ongoing online conversation.

In the end, the risks of tweeting are worth it because the value of the community is so great.

Twitter works best as part of a larger ecosystem of digital communication intentionally developed to create a living digital identity.

If you have a blog site, linking to it through Twitter can invite interested readers to engage your work.

If you don’t have a blog site or other form of online digital portfolio, get one.

(At Penn State, you can easily create one using our http://sites.psu.edu/ WordPress platform; you also might look into other options like discounted rates at Bluehost.com and Reclaim Hosting.)

You will be Googled, and when you are, you want content you control to come up early in the search. The only way to do this is to take ownership of your online identity by creating a thoughtful, engaged, and engaging web presence.

Create a blog or online portfolio in which you can write reflectively on your work, showcase publications and establish your scholarly identity. It is acceptable and encouraged to write about the process of research and writing. Don’t allow yourself to be stymied by the desire to write something perfect. To cultivate a community of readers who are thoughtful and responsive to your work, you need to write with candor and confidence and integrity. Here again, Twitter can help draw attention to the hub of your online identity. When you come across a related post or tweet, share a link to your own work on the subject and don’t hesitate to include a hashtag to call attention to others interested in the theme.

(Here too, by the way, a Google+ profile is increasingly useful because of the way Google integrates G+ posts into search results.)

But remember, you are using social media to build community, not simply to broadcast information about yourself and your work. Consider how you to amplify the work of others and add value to the content others are posting on Twitter and through other modes of communication around the web.

In an academic context, Twitter can enrich discussions and point colleagues to new sources and resources.

One of the most compelling uses of Twitter is in the context of academic conferences. The Twitter backchannel at a conference can clue you in to interesting sessions and discussions, it can connect you with conference attendees with similar interests, and it can be used to curate information and links related to lectures, panels and presentations.

I have written about the real value of live-tweeting your own lecture and of using Twitter to take collaborative notes during a keynote or lecture. The technology is flexible and fun to use; experiment with your colleagues to create ongoing, asynchronous conversations between face to face meetings at conferences.

As you follow more people on Twitter, it will be helpful to organize them by using Twitter lists. This is an excellent way to check in with Twitter users focused on a specific issue with which you are concerned. You can make your own lists or subscribe to the lists of others.

Here are three of my favorite lists:

@ranilillanjum has an extensive set of lists of Philosophers:

Here are some general lists of interest to PhD students:

[After posting this, and tweeting it, Philosophers on Twitter and I had this exchange. I post it here to illustrate how Twitter can enrich your work (and posts).]

.@ranilillanjum Cool. I will change the post to reflect that. Do you have other recs for lists or people PhD students should follow?

In creating lists of your own, consider including dissonant voices to avoid the problem of the filter bubble in which your own views are simply reinforced by the feedback loop of the list.

Developing lists is a good way to tap into and learn from the work of others. Lists have become central to my use of Twitter because they allow me to identify and amplify excellent work and research from around the web.

For graduate students, the risks associated with Twitter and other social media modes of public communication are ultimately outweighed by the value to be gained by participating in a public community of scholarship with a global reach.

So, don’t listen to the naysayers, lend your voice to the conversation and amplify the work your colleagues are doing.

Your scholarship and your perspective will be enriched and broadened by the endeavor.