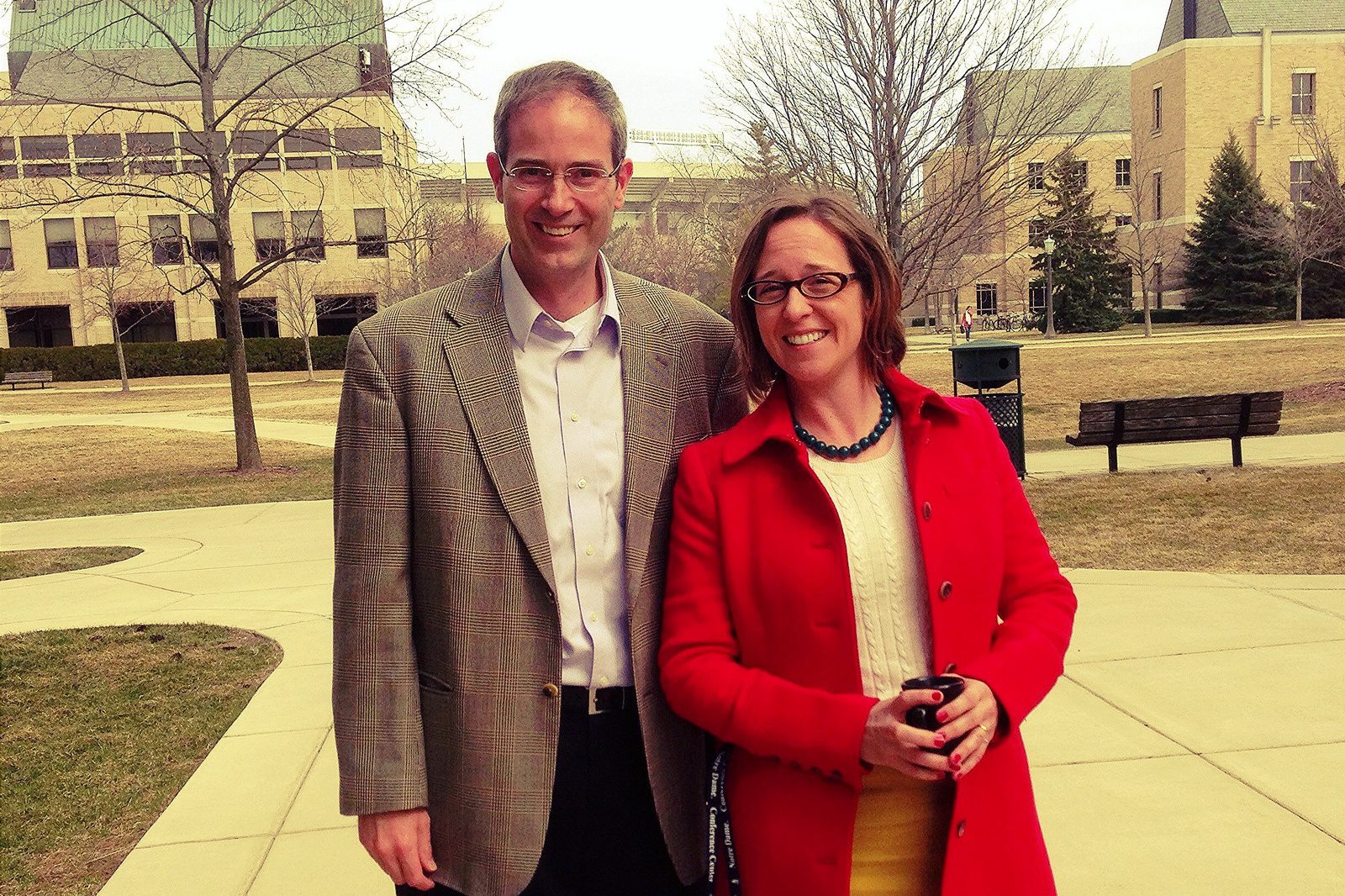 As many of you know, I have long been experimenting with how to use twitter effectively in academic contexts. Many are skeptical of twitter’s ability to add substantive value to academic conversations because of its character constraints and its culture of snark and attempted witticisms.

So, over the past few months I have sought to cultivate a different culture of academic community through interactive lectures in which I’ve live tweeted my own presentations at the University of San Francisco, the Catholic University of America and Newman University. Those experiments taught me how important it is to model the sort of twitter behavior that is capable of enriching academic conversations rather than impoverishing them.

Last week when Wesleyan University President Michael Roth visited Penn State, @AdrielTrott was willing to join me in the endeavor and we were able to live tweet a number of the papers at the conference.

Here is the Storify I created for it:

As you can see, we do seem to have been able to add value to some conversations. During the Alasdair MacIntyre talk, for example, MacIntyre recommended a book the title of which many missed. However, because I heard the reference and knew the book, I was quickly able to tweet out a link. For me, the power of collaborative public note taking lies in the possibility that something important to you might evoke as response from someone that leads ultimately to a new insightful conversation. I can see the threads of a few conversations here that might be pursued further in the future.

Not a lot of people at the conference were following along on Twitter. However, the Storify is now posted on the Ancient Philosophy Society website, and I hope that more people will recognize the power of collaborative live public note taking via twitter.

I wonder what you think of this use of Twitter.