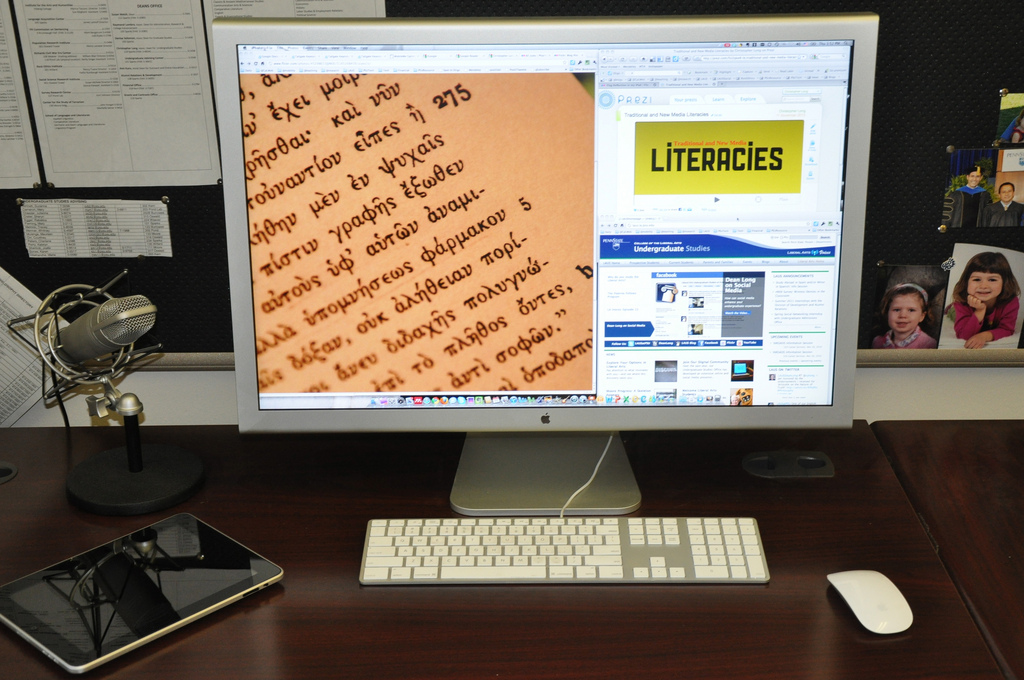 ATLANTA, GA – There is a difference between the ways Socrates turns those with whom he speaks in Plato’s dialogues to consider questions of justice, beauty and the good and the ways Plato’s writing turns his readers to consider the same ideals.

But there is also a strikingly analogous set of philosophical practices by which Socratic speaking enjoins interlocutors and Platonic writing enjoins readers to orient our lives toward the question of justice.

These philosophical practices are themselves political insofar as they are capable of transforming human communities by allowing a concern for what is just and beautiful and good to orient our relationships with one another.

Tracing the contours of this analogy between the philosophico-political practices of Socratic speaking and those of Platonic writing is at the center of my enhanced digital book project to by published by Cambridge University Press entitled Socratic and Platonic Political Philosophy: Practicing the Politics of Reading.

What makes the enhanced digital book more than simply an interesting technological addendum to an otherwise traditional academic monograph is the manner in which the digital book itself seeks to perform the politics of collaborative reading for which it argues.

The book itself came to life in dialogue, digital and otherwise, with many of those of you who follow this blog. It has been enriched by our ongoing conversation about ancient philosophy, Socrates, the writings of Plato, and the transformation of literacy in a digital age.

In my presentation here at the Public Philosophy Conference at Emory University, I hope not only to talk further about the nature and practices of Socratic and Platonic politics, but also to continue to cultivate a community of engaged readers who will help me further develop the ideas articulated in the book.

To that end, I have sought to publicly perform my presentation in a variety of ways, first by tweeting it live during the talk itself using the hashtag #PPN13. I explain how and why I do that in this post On Live Tweeting Your Own Lecture.

This blog post, of course, is part of my attempt to open digital public spaces of dialogue around the ideas of the book and the endeavor to use digital media to create communities of scholarly communication. So, I invite your comments here as well.

Finally, I have curated some of the links associated with the talk through this Diigo list of links so that those who are interested can more easily access some of the material to which I gesture in the talk itself.

The hope, then, is that you will join me in an ongoing digital and face to face dialogue about Plato, Socrates and the practices of the politics of reading in a digital age.