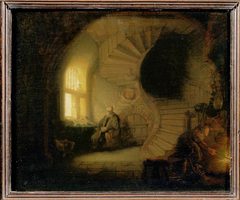 Plato and the Politics of Reading

SAN FRANCISCO, CA – To give a lecture on the politics of collaborative reading without inviting one’s listeners to become active participants would be a performative contradiction.

So, in this lecture, Plato and the Politics of Reading, delivered at the University of San Francisco, I have sought ways to use digital technologies like twitter, Storify and, of course, this blog, to invite my listeners to participate in the lecture itself. (I wrote a post about live tweeting my own lecture to explain the rationale and logistics of this.)

As this post is designed to be a platform for further discussion, let me offer a brief synopsis of the position the lecture articulates.

Socratic politics may be characterized as the practice of using spoken words to turn those individuals one encounters toward the questions of what is just and beautiful and good. These ideas function as erotic ideals that entice those animated by Socratic questioning to live a life seeking justice, beauty and the good. Of course, one of the main things we learn from the figure of Socrates we meet in the Platonic dialogues is that those ideals, however alluring, remain always ultimately elusive to finite human beings. Even so, Socratic politics is designed to turn individuals toward those ideals and to enjoin us to weave a concern for them into our relationships with one another.

Platonic writing is political not because it presents manifestos, but because it requires each of us who encounters his texts to become actively concerned with the ideals of justice, beauty and the good and to consider how the course of our lives and our relationships with one another can be enriched by an engagement with those ideals.

But if this is what Platonic writing does with us, the politics of reading points to what we might do together as engaged readers of his texts, for the most transformative possibilities emerge from Plato’s writings only when we take them up and actively read them together.

Works Cited in the Lecture

Plato and the Politics of Reading is a group in Education, Philosophy on Mendeley.

In an attempt to perform something of this in public, I have sought below to curate some of the collaborative discussion that emerged from the lecture in the Storify story embedded below. I invite you participate in the Storify by way of twitter (@cplong and #bapca) or by commenting on this blog post.

Here is the Storify: