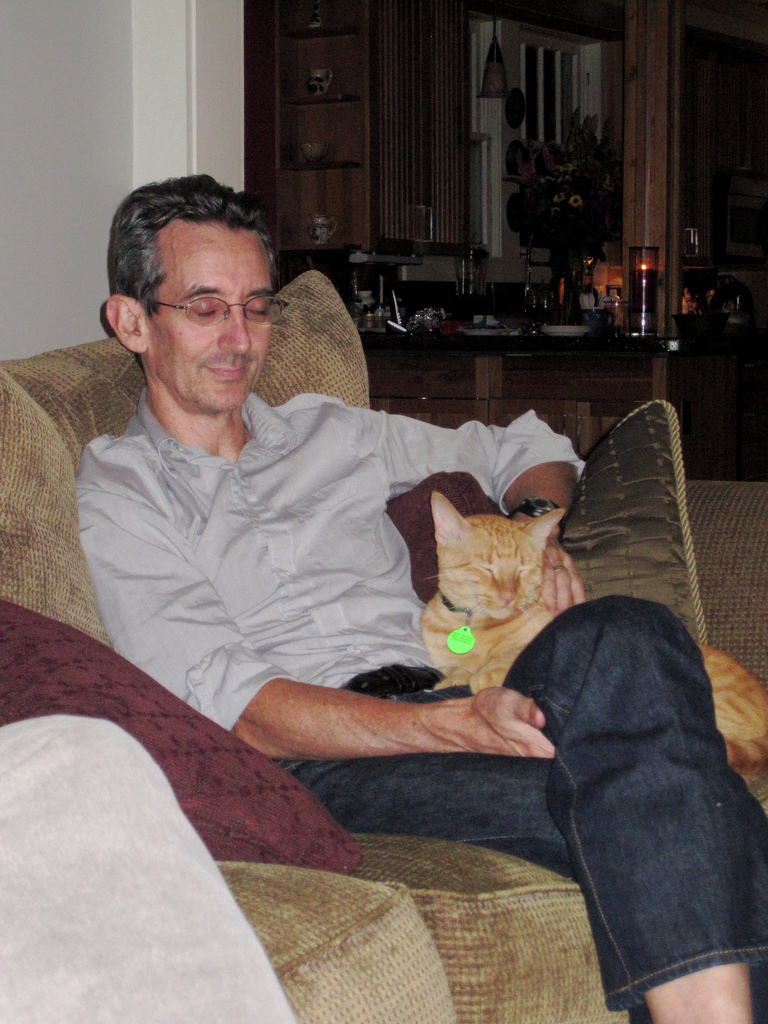 Digital Dialogue 56: God and the Organism

John Protevi, Phyllis M. Taylor Professor of French Studies and Professor of Philosophy at Louisiana State University, joins me for episode 56 of the Digital Dialogue, God and the Organism.

John’s work focuses on Continental phenomenology and, more specifically, on contemporary French philosophy. In addition to his many publications on embodied cognition and French philosophy, his book, Political Affect: Connecting the Social and the Somatic, came out with University of Minnesota Press in 2009, and he has another book, Life, Earth, War: Deleuzean Interventions, forthcoming with Minnesota Press.

Although I have known John through our work together at the Society for Phenomenology and Existential Philosophy, the impetus for this episode of the Digital Dialogue was a series of comments we exchanged on the Art, Politics, Philosophy, Science blog to which John contributes. In response to a post by Mohan Matthen on Aristotle On Art and Nature:

John asked a question about the passage in Aristotle’s Metaphysics in which Aristotle invokes the notion of eros to characterize the manner in which the prime mover moves: “it moves as something loved [eromenon].” In response, I tried to point to some of the arguments I articulated in my book, Aristotle on the Nature of Truth

, about how the understanding of eros there awakes finite beings to their own lack. John suggested that these themes where taken up in chapter 3 of his book on Political Affect, particularly with regard to the gnomic claim made by Guattari and Deleuze in A Thousand Plateaus

that “the organism is the judgment of God.”

This is the first video episode of the Digital Dialogue. I embed it here below:

Digital Dialogue 56: God and the Organism from Christopher Long on Vimeo.

Below are the links to the audio file and to the iTunesU:

As always, we welcome your comments.