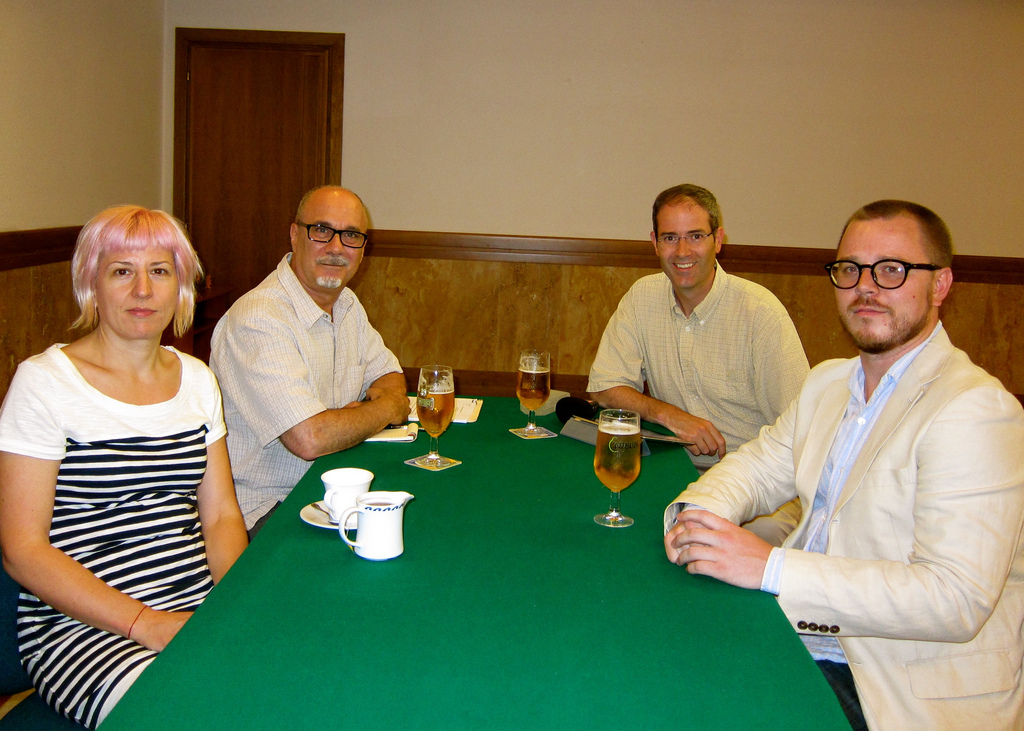 Digital Dialogue 55: Aristotle and the Tragedy of Life

Larry Hatab joins Emanuela Bianchi, Erick Jimenez and me in beautiful Umbria, Italy in Citta di Castello, at the Collegium Phaenomenologicum, for episode 55 of the Digital Dialogue.

Larry Hatab is Louis I. Jaffe Professor of Philosophy and Eminent Scholar at Old Dominion University. He is the author of numerous books and articles on 19th and 20th century philosophy. He has written extensively on Nietzsche, including:
Larry is currently working on a book on language.
Emanuela Bianchi is Assistant Professor of Comparative Literature, New York University
She is completing a manuscript entitled, The Feminine Symptom: Aleatory Matter in the Aristotelian Cosmos, which she discussed in some detail on Digital Dialogue episode 24.
Erick Jimenez was for a number of years the editor of The Graduate Faculty Philosophy Journal. In the fall of 2012, he will begin a position as a Post-Doctoral Researcher at University of Navarra, Spain.
Larry, Emma, Erick and I gathered in Città di Castello to talk about Larry’s paper on Aristotle at the 2012 Collegium entitled Aristotle and the Tragedy of Life.