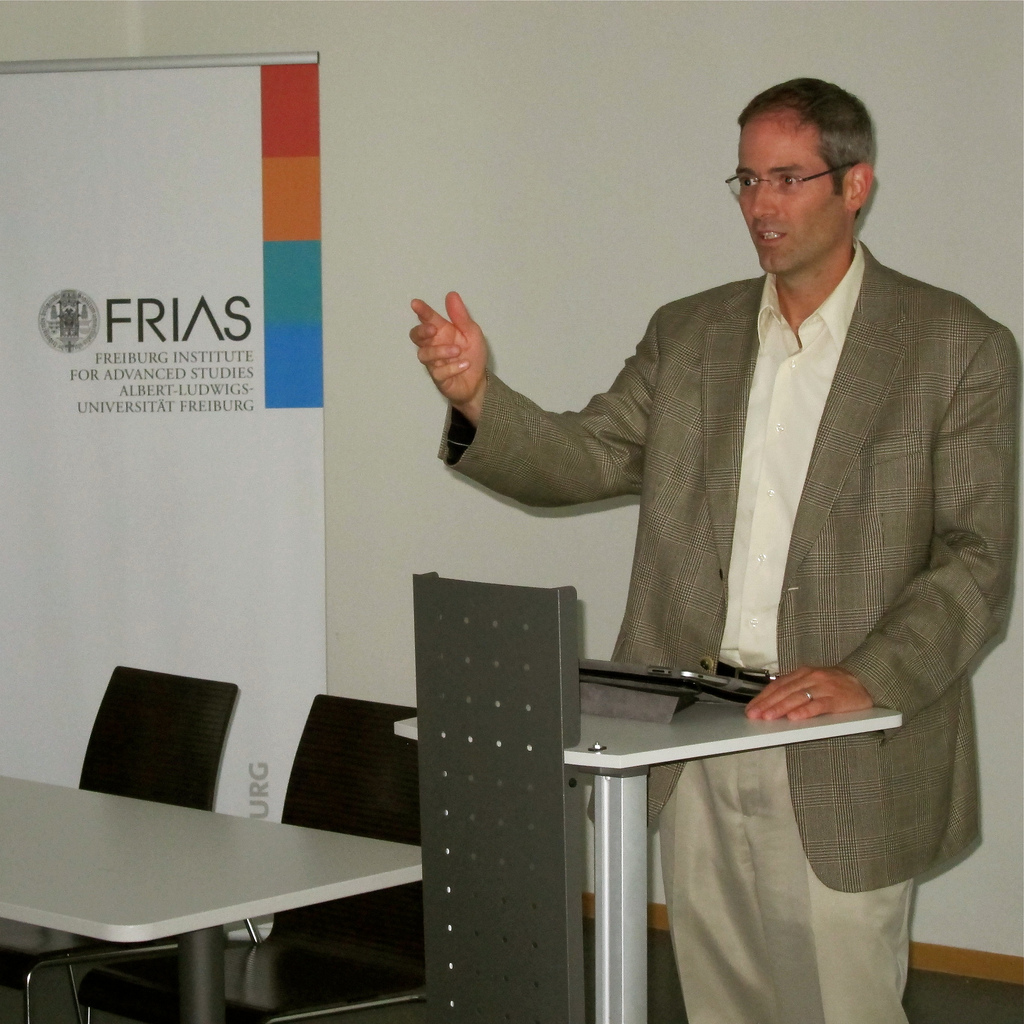 Platonic Writing and the Practice of Death

FREIBURG, GERMANY – Today at the Freiburg Institute of Advanced Studies, I presented a paper entitled The Politics of Finitude in Plato’s Phaedo at the 2011 Freiburger Hermeneutisches Kolloquium, whose theme was Hermeneutik (in) der Antike.

The paper, written specifically for this conference, will also be the middle chapter of my book on Socratic and Platonic politics.  This chapter traces the differences and continuities between what I have been calling the topology of Socratic politics and the topography of Platonic politics.

The Phaedo, I argue, is perhaps Plato’s most eloquent political dialogue. To quote from the paper:

Its eloquence, however, is not heard in the political theories it sets forth or in the dogma it allegedly establishes, but in the way the poignant things Socrates says to and with his friends on the last day of his life are woven together into a written recollection that requires those who enter into dialogue with it not merely to reflect upon, but also to act differently in the footsteps of the words encountered there.

You can, I hope, hear the influence of Gadamer here, who argued that genuine interpretation requires the willingness of the interpreter to risk entering into dialogue with the text in such a way that the interpreter’s own thoughts and possibilities are brought into play (Truth and Method, 388).

The paper traces the way Kebes and Simmias are themselves transformed by the power of the things Socrates says to them, moving then in the second half to trace the ways Platonic writing attempts to transform the course of the life of the interpreter of the text by showing Phaedo practicing what Socrates calls a “second sailing” with Echecrates.

If politics, for Socrates, is a way of caring for the soul, then Plato has given us a provocative vision of politics in the Phaedo.