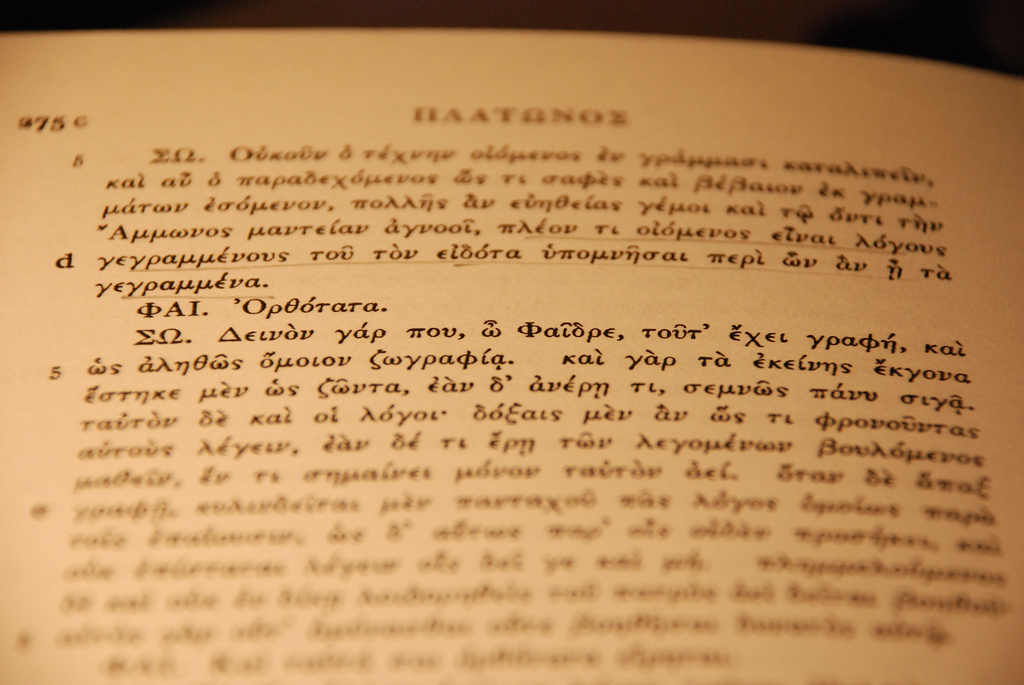 Socrates, Plato and the Politics of Truth

Next week I am giving a lecture on Plato’s Gorgias at Boston College for the Boston Area Colloquium for Ancient Philosophy. The title of the lecture is Attempting the Political Art.

Prior to the lecture, I will hold a seminar in which we will focus on those passages in the Gorgias in which truth is at stake as a political question. The seminar, entitled Socrates, Plato and the Politics of Truth, will begin with that strange passage from the Gorgias in which Socrates claims:

I think that with few Athenians, so as not to say the only one, I attempt the political art truly [ἐπιχειρεῖν τῇ ὡς ἀληθῶς πολιτικῇ τέχνῃ] and I alone of those now living do political things [πράττειν τὰ πολιτικὰ]; for it is not toward [πρὸς] gratification that I speak the speeches I speak on each occasion, but toward [πρὸς τὸ βέλτιστον] the best, not toward [πρὸς] the most pleasant … (Gorgias, 521d6-e2).

This passage invites us not only to ask about the nature of the “art” that Socrates claims to be one of the few to attempt, but also to consider the question of the political nature of Platonic writing.

The distinction between the ways of saying endemic to Socratic politics and the ways of writing endemic to Platonic politics will frame the discussion in the seminar.  In an essay on Plato’s Protagoras that has recently appeared in Epoché, I have thematized this distinction in terms of the “topology of Socratic politics” and the “topography of Platonic politics.” (For a more detailed discussion of the distinction, see Digital Dialogue 31: Shame and Justice, and more recently, see, Digital Dialogue 44: The Apology.)

For those students and faculty who will attend the seminar, we will focus our attention on the following passages in addition to the one cited above:

These passages point to the nature of the relationship between Gorgias and Socrates, which, I argue, grows through the dialogue into a kind of friendship rooted in a shared desire for the truth.  This can be heard in these passages, which we will also consider: