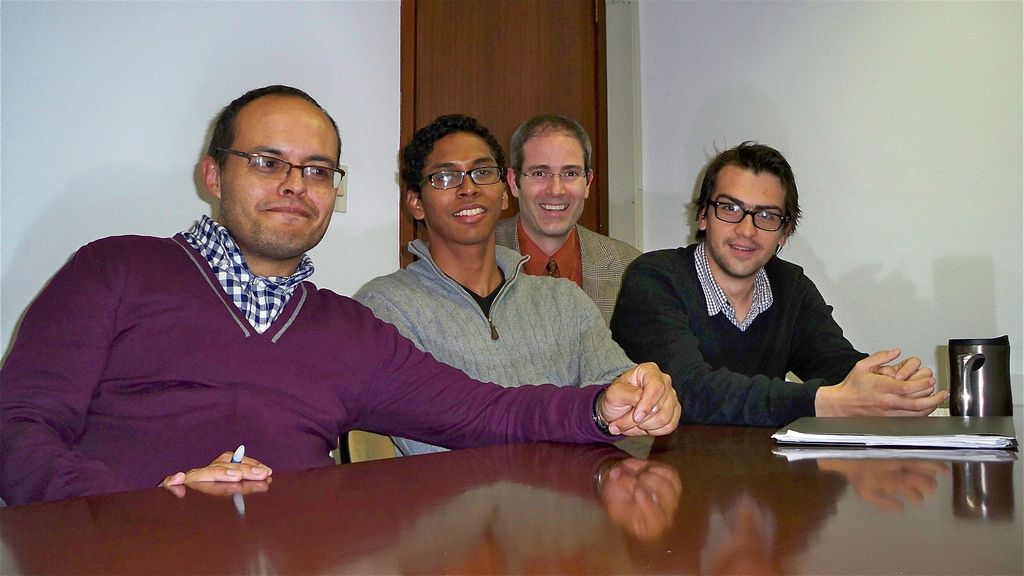 For Digital Dialogue episode 44, I have joined Nicolas Parra, Norman Mora and Sergio Ariza in their home city of Bogotá, Colombia to discuss the seminar we held today on Plato’s Apology and a paper I wrote entitled Socratic Disturbances and Platonic Politics.

Sergio is Assistant Professor of Philosophy at the Universidad de los Andes, who work focused on Ancient Greek Philosophy; his currently working on a translation of the Meno with commentary, he has recently published an essay entitled “Gorgias and the Incommunicability of Being”, which is a critique of Mourelatos’s interpretation.

Norman Mora is an undergraduate student working on his degree in literature and philosophy. And Nicolas Parra has been on the Digital Dialogue before when he was studying at Penn State. It was episode 21 and we discussed the relationship between Philosophy and Rhetoric in the Gorgias. Nicolas is working on his MA in Philosophy and a degree in law. His work focused on aporia in Socrates.