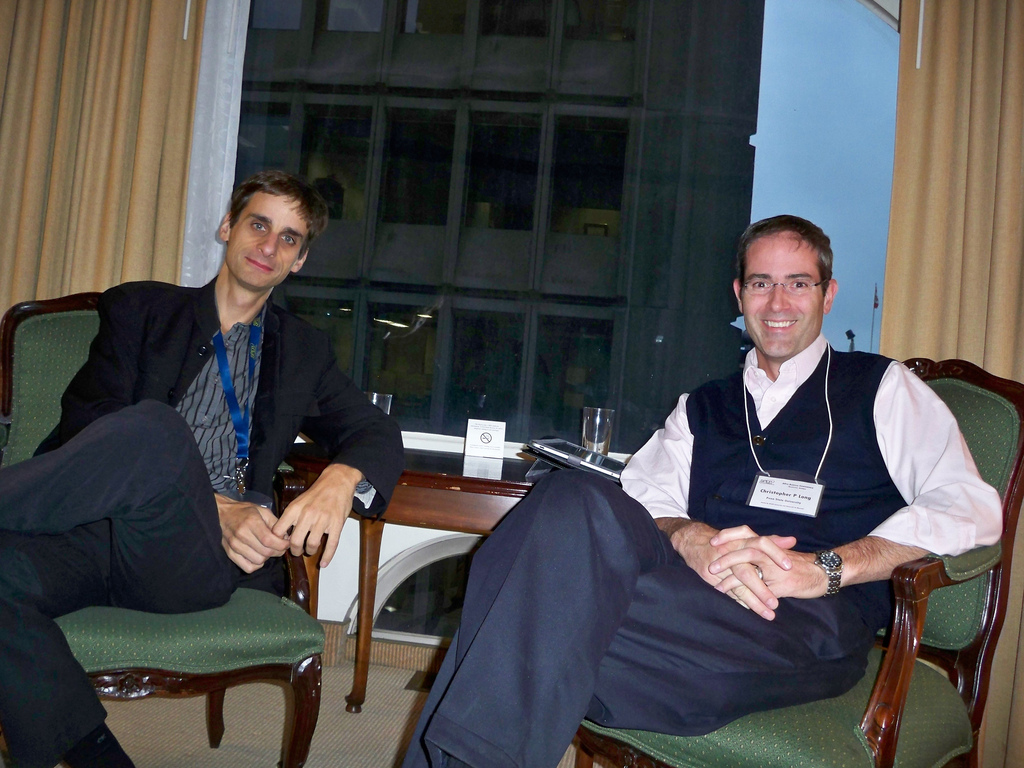 Francisco Gonzalez, Professor of Philosophy at the University of Ottawa. Frank’s work centers on ancient philosophy, contemporary heremeutics and the relation between metaphysics and ethics/politics.

His first book, Dialectic and Dialogue: Plato’s Practice of Philosophical Inquiry, Northwestern University Press, 1998, offers insight into dialogue as a philosophical practice. This book has been of enormous help to me as I consider the nature of Platonic politics as rooted in the writing of dialogues.

His most recent book, A Question of Dialogue: Plato and Heidegger, Penn State Press, 2009, engages Heidegger’s reading of Plato and argues that Heidegger never really entered into a philosophically fruitful dialogue with Plato.

Frank comes to the Digital Dialogue to discuss the paper he gave on November 3rd, 2010 at the Ancient Philosophy Society gathering at the 2010 meeting of SPEP in Montreal, Canada. That paper, entitled, “What’s in a Moment? Time for Aristotle (and Heidegger)”, takes up Heidegger’s engagement with Aristotle’s notion of kinesis or motion in a number of unpublished lectures from the 1920’s in order to argue that Heidegger privileges kinesis in a way that eclipses the philosophical power of Aristotle’s own understanding of energeia, or being-at-work.