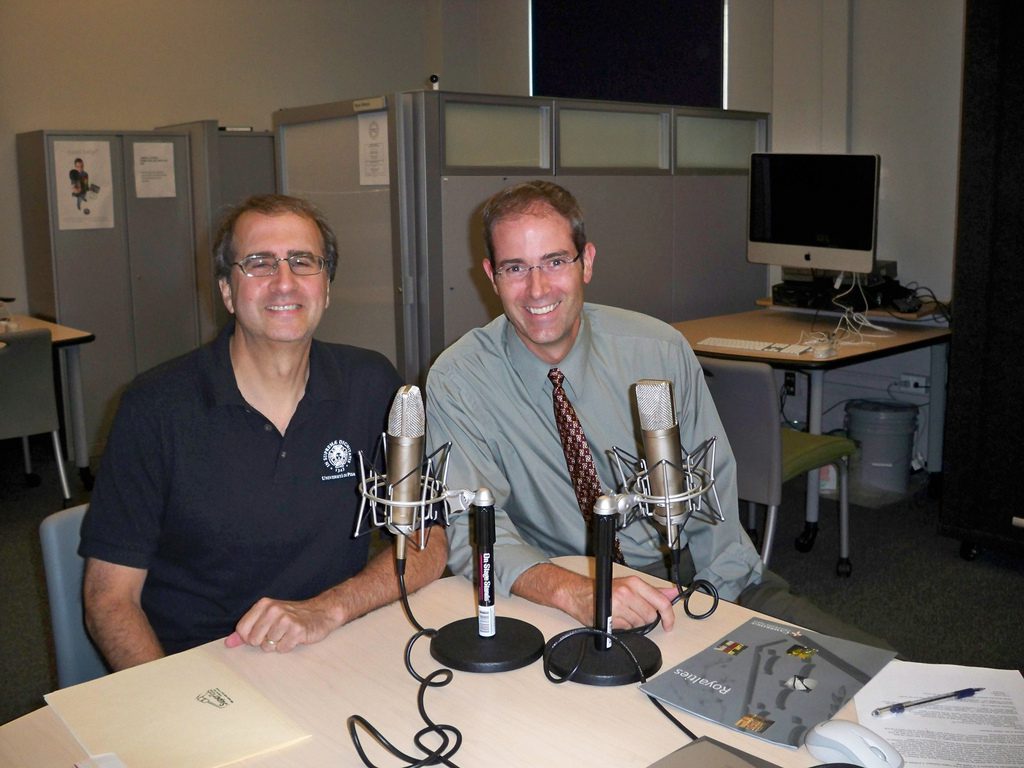 Vincent Colapietro, Liberal Arts Research Professor of Philosophy here at Penn State, joins me for episode 40 of the Digital Dialogue.

The depth and breadth of his scholarship can hardly be touched upon in any substantive way in such a brief introduction, although I will emphasize that his work focuses on American Philosophy, semiotics and Peirce, but he has published extensively on a wide diversity of issues, including psychoanalysis.

His most recent book, Fateful Shapes of Human Freedom: John William Miller and the Crises of Modernity was published by Vanderbilt University Press in 2003. I would be remiss if I did not mention an essay of his that has meant a lot to my own intellectual development, namely, Striving to Speak in a Human Voice: A Peircean Contribution to Metaphysical Discourse, which was his Presidential Address to the Metaphysical Society and was published by the Review of Metaphysics in 2004.

Vincent joins me today, however, to discuss a profile essay on Richard J. Bernstein he was asked to write for Profiles in the Theory of Communication. I thought this would be a great opportunity for us to talk as Dick Bernstein was a member of my dissertation committee and has had an important and ongoing influence on my intellectual development. I know Vincent and I share many of Bernstein’s central philosophical commitments.