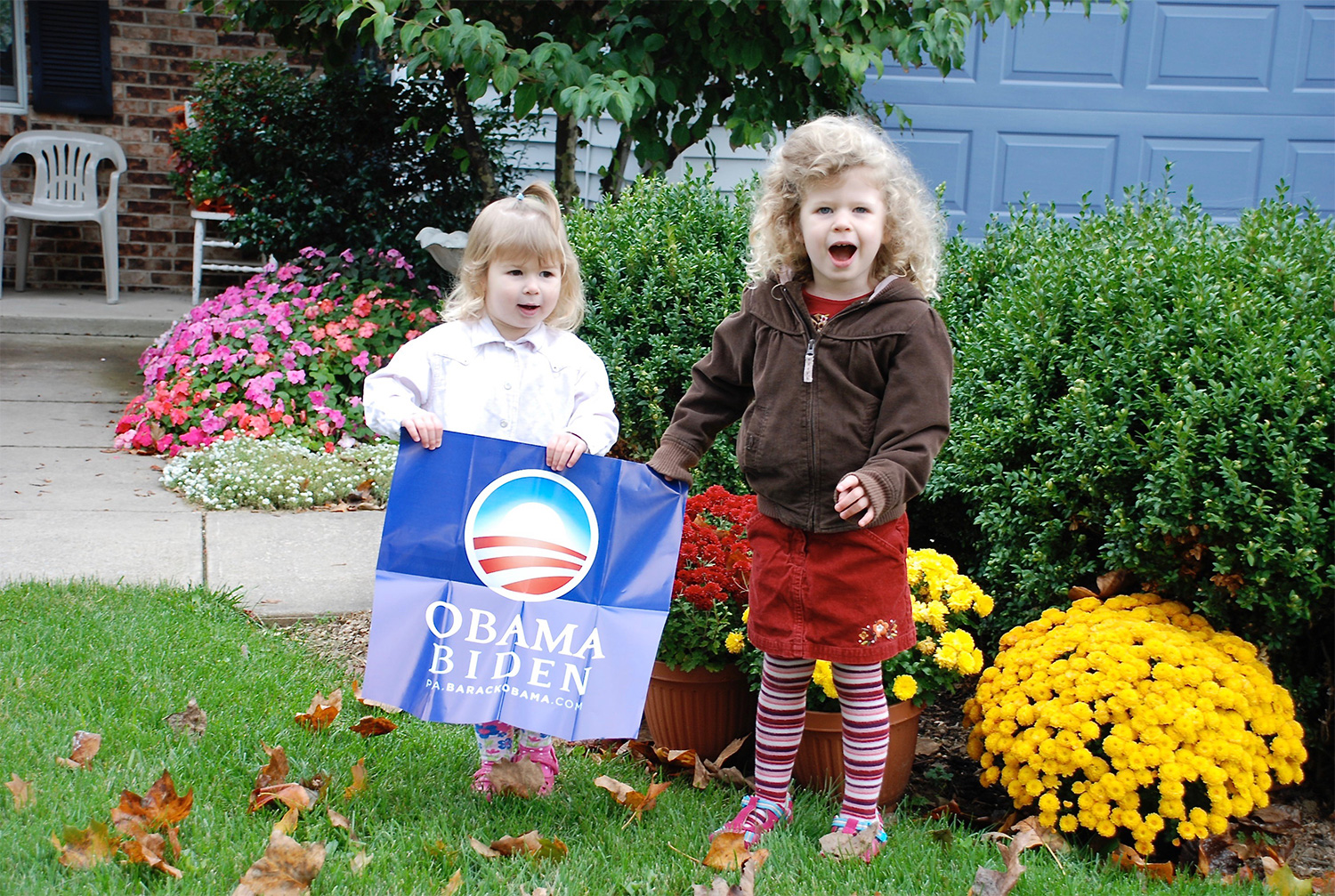 The girls and I went out canvassing for Obama again on Saturday and I learned something: the front porch is where the world can be changed.

OK, that sounds perhaps a bit grandiose, but I think it is something both Socrates and Jesus knew well: that the conversations we have with each individual we encounter changes everything.

Yesterday, Chloe, Hannah and I visited 29 houses in the Greentrees neighborhood of State College. We talked to people at 18 of them. Some people were already planning to vote for Obama, a few had decided in favor of McCain. Many, though, were undecided and open to hearing why I was out on a cloudy and cool Saturday afternoon with my daughters knocking on doors for Obama.

I think we changed a few minds, moving undecided voters toward supporting Obama. I am not sure how much my arguments about Obama’s economic plan or his health care initiatives had an impact. I had the sense that it was less what I said than it was that I was there on their front porch with my girls talking to them about issues that matter to us all. My hope is that these short conversations, these brief connections, will stay with people and move them to vote in November.

Of course, our adventures on Saturday were not all so wonderful. Toward the end of our route, about two and a half hours into it, with my two little political activists beginning to tire, we happened to knock on the door of a rabid libertarian, his wife, two kids and a friend of theirs. They all came right out onto the porch to aggressively interrogate me as to why I support Obama. Before I could say much, the man dismissed my comments as platitudes and declared all government to be evil. We then had a lively discussion, in which, among other things, I was told that the government should run its business like he runs his rental business and that it should not lend money to lazy people who can’t afford to pay. When I pressed him on the question of what we owe to one another as members of a community, he said bluntly: “nothing.”

With that, I bid him farewell, giving some of my Obama literature to his friend, who I felt to be silently supportive of me throughout. As I left, saddened and disheartened, my libertarian friend informed me that he would be writing himself in as president this year because, as he said, “I am smarter than Obama and McCain.” I told him: “good luck with that,” shook off my sadness and forged ahead to the next house.

After that encounter, I was so happy to meet at the next house a middle aged woman who came out in her socks to talk to me as the girls ran all over her freshly cut lawn. As I apologized for that, she assured me it was no problem, said she had not decided for whom she was voting and listened to me talk about why I was out there advocating for Obama. After our short conversation, she said: “you know, I think I will vote for Obama.”

The world can indeed be changed by a conversation on the front porch.